Dashavatara List – 10 Avatars of Lord Vishnu  [One By One]

The majesty of lord Vishnu in Hindu Mythology is like the starts among the galaxy ; it is omnipresent. The protector of universe, lord Vishnu is the most popular God in the triad tier. Because whenever there was a chance for downfall of mankind and increase of demon power, lord Vishnu took many avatars to recreate the divinity of positive vibes in the world.

WHAT IS INDIAN MYTHOLOGY ?

Like lord Vishnu Bhagban ; lord Shiva, lord Brahma and Mata Adi Shakti also took many avatars to kill the evils and restore the believe of dharma in the life and souls mankind.

The Sanskrit meaning of Avatar is “descent” which refers to the existence or manifestation of the almighty, deity or super king in an earthly corpus. Avatars of lord Vishnu is divided into 2 types such as

Out of the 10 avatars of lord Vishnu 4 major avatars occurred in Satya Yuga , 3 vital avatars were occurred in Treta Yuga , 2 were in Dwapara Yuga and the last one to be taken in Kali Yuga.

As you know Hindu Mythology contains various types of puranas such as :

1.Matsya Avatar (In the form of Fish)

2.Kurma Avatar (In the form of Tortoise)

3.Varaha Avatar (In the form of Boar)

4.Narasimha Avatar (In the form of Half-man and half-lion)

5.Vamana Avatar (In the form of Dwarf)

6.Parasurama Avatar (In the form of Brahmin warrior)

7.Rama Avatar (In and As Human)

8.Krishna Avatar (In and As Milkman)

The Matsya or Fish Avatar of lord Vishnu was held for two reasons. One was to kill the demon Hayagriba, and another was to break the pride of king Vaivasvata Manu.

According to Garuda Purana, when there was time for the end of a yuga, Lord Brahma created Vedas to save the creatures from the deluge, but monster named Haygrib stole all the Vedas from  Brahma.

To kill him, lord Visdhnu Created himself as a small fish and entered into the kamandalu of king Manu during the time of Tarpana (offering water to God).The Fish (lord Visdhnu)asked Manu just a suitable home to live in. Manu did it.

But the expanding form of fish was so large that Manu was not able to handle it. Then he realized that the fish is must be lord Vishnu himself and the power and wealth of man is just trival in front of the glory of almighty.

Then lord Vishnu enlighten him about the destruction of yuga (in form of fire and flood) and ordered him to gather all the creatures of earth in a life saving boat made by Gods.

Then he killed the demon and during the arrival of Pralaya, Vishnu made himself a greatest fish with big horn. King Manu tied the boat with the horn of big fish and saved all the creatures.

Kurma Avatar was also known as Kasyap Avatar of lord Vishnu and in this avatar lord Visdhnu was seen as a giant Tortoise.

According to Vishnu Purana, Kurma Purana and Bhagvat Purana, once all the Gods lost their power due to the curse of sage Durbasa. lord Visdhnu suggested them to churn the ocean of milk to get Amrita that help them to recover their divine powers.

It was all the executions of lord Vishnu that Asuras also took part in this to get Amrita. Both Devas and Asuras used the great mountain Mandara to churn and Basuki snake (Vahana of Vishnu) as rope.

But when they started churning, Mandara mountain started to sink in the ocean, then lord Vishnu took an avatar of a giant tortoise who put the pressure of Mandara on his back-shield. It is also believed that the diameter of that tortoise was more than one lakh yogan (Vedic measurement).

Another holy avatar of lord Vishnu was Varaha (boar). A demon named Hiranyaksha was killed during this phase of avatar.

Puranas stated that Hiranyaksha had taken earth to the bottom of the ocean for which the cosmic disorder happened. All the Gods went to Lord Brahma to pitch and there lord Vishnu took the avatar of Varaha out of the nose of Brahma.

He revealed the earth out of the ocean between his big tusks and put back it to its original place in the universe.

After that there was a great war between the Varaha and Hiranyaksha that last for a thousand years. Hiranyaksha was killed by lord Vishnu.

Narasimha Avatar was one of the furious Avatars of lord Vishnu. In this, lord Visdhnu contained a half-man and half-lion avatar that was dedicated to the rescue of his devotee Prahlad and human being from the demon king Hiranyakashyap.

Hiranyaksha and Hiranyakasyap were Jaya and Bijaya from his previous birth who were cursed by sage Sanaka. As per the curse, they both will be reborn as Asuras 3 times and be killed by deity Vishnu.

Interestingly the God of demons blessed Hiranyakashyap that he will not be killed by a god, man, animal or bird.

The dictatorship of Hiranyakashyap was so high that whoever in his kingdom worship lord Visdhnu, he would get death penalty including his own son Prahlad.

As prahlad was a massive devotee of lord Visdhnu, Hiranyakashyap tried to kill his son. During that situation lord Visdhnu took avatar of Narasimha (manly body with head and claws of lion), by breaking the pillar of the palace and murdered the demon in a holistic way.

Vamana Avatar was the 5th avatar (dwarf avatar lord Visdhnu) in which Bhagawan Vishnu was in full human body.

As Bali was able to defeat the king of gods, Indra, all the gods appealed to Lord Vishnu for shelter. King Bali was a king of his words. This made Vishnu help to reduce his kingship around the universe.

Lord Vishnu took the avatar of Vamana (dwarf) Brahmin and went at Bali during a Yajna. There the king promised the dwarf Brahmin to give him whatever he wanted.

Then the Vamana asked for only three paces of land. When Bali agreed to the proposal, the Vamana became larger in size that in first step he covers all the earthly realm.

This form of Vishnu is famous as Trivikrama form in Vaishnavism. In his second nost step, Vamana covers entire heaven. When he was about to spread his third step towards netherworld, king Bali realized that the Vamana was none other than lord Visdhnu.

So, he offered his head instead of netherworld to put his foot. By giving king Bali immortality, the avatar put his foot on the head of king and embedded him to Patal Lok. He became the ruler of Patal Lok afterward.

Parasuram was the Avesa incarnation of Lord Vishnu. This was a dashing avatar of Lord Vishnu in which he had seen in a double Dharmik Avatar as a Brahmin and Kshatriya. He was known as 1st Brahmin-Kshatriya to kill every Kshatriyas on land over 21 times and filled almost 5 lakes in their blood.
He was also considered as warrior-sage and his devotion towards his father was written in golden words in Hindu mythology. According to some Puranas, he cut down his mothers head to admit his fathers orders.
Parasuram was the son of sage “Jamadagni”and”Renuka”as a blessing of Dev-Raj Indra. His famous weapon was “Persu” or “Axe” given by Lord Shiva for which he was named as Parasuram.
Lord Parasuram believed to be as immortal till date and to be alive at the mountains of the Mahendragiri. Indian mythology stated that some parts of Karnataka and Kerala was created by Lord Parasuram by throwing his mighty axe over the area.
This significance of Lord Parasuram avatar is wide as, it was the 6th avatar of Lord Vishnu to kill “Kartavirya Arjun” and other ksytrias who ruled over Brahmins. His wife was Dharani and Parasuram also referred as “Vargabha Rama”.

Ramavatar is the 7th most incarnation of Lord Vishnu. He was also named as “Raghubar”,”Siyavar”,”Rajivlochan”,”Purusottam”,”Dasrathnandan” etc.
Ram was born to migrate people towards love, brotherhood, obedience, kindness, truthfulness, calmness and many heavenly qualities. He was also born to eradicate evils from earth and set down a pleasant environment in all around the world. 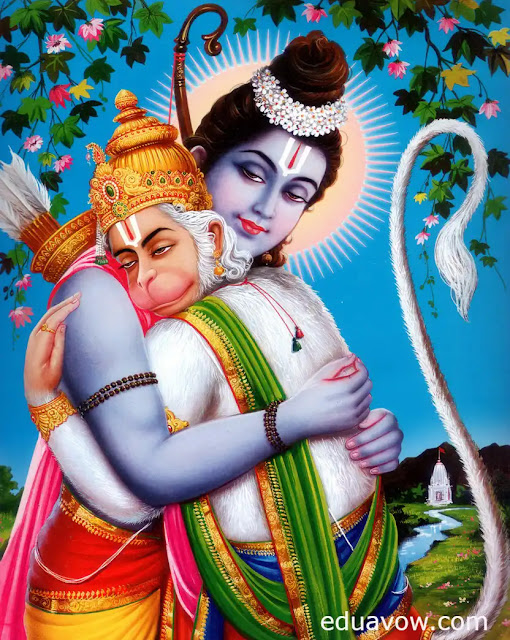 Rama is so popular among the hindus because of the calmness in every misbalance situation. He is also known as “Purusottam” because of his unconditional respect to every fellowship. No matter if it was his father or an fellow old women named “Sabari”, he was always there to give love and respect.
He killed extremely powerful demon, named as “Ravan”, who stole his wife “Sita” to marry. Sita was one of the popular avatar of goddess Laxmi devi (Wife of Lord Vishnu).
The entire life-hood of Lord Rama and Mata Sita along with other important characters are captured in the holy book named as “Ramayana”. Ramayana was written by, the great sage named “Valmiki”.
Rama was the last Avatar of Lord Vishnu in the internity of Treta Yug.

Krishna was the 8th avatar of Lord Vishnu. Lord Krishna was form to enlight people about the true definition of love, devotion and affection. Lord Krishna was born in brutal cage and his parents were Devaki and Vasudev.
After he was born Vasudev delivered his to Yasoda and Nanda Raja. In Gopapura Krishna lived as a gwala or milkman. He had an unconditional bond between animals, which teaches us to be kind towards the animals around us.
Lord Vishnu was actually took his 8th avatar to kill the demon king named Kansa [Krishna’s Uncle]. Instead of that during his childhood he smashed many of the asuras like “Bakasura”, “Kaliyanag”, “Aghasura”, “Sakatasura” and Putana.
After that Krishna was the pioneer of the Pandavas, who composed the epic war called “Mahabharat.” Mahabharat was a war between the “Pandavas” and “Kauravas”, in which Pandavas won and recreate peace and Dharma on earth again.
In Mahabharat Lord Krishna delivered all the mysteries of life to Arjuna. These mysterious answers of life an Dharma delivered by lord krishna himself, is established in holy book or Grantha named “Srimad Bhagwat Gita.”
Gita is the holy book of Hindus and takes a major character in Indian Mythology.
Vasudev Krishna spend his entire life to conquer Dharma and peace on earth. It is believed that, he was 125 years old when he died. Krishna Avatar is one of the avatar of Lord Vishnu, who lived the longest.

Lord Buddha was the 9th incarnation of Lord Vishnu, who established Buddhism on earth. Buddha is known as one of the calmest avatar of Lord Vishnu, who was only there for the establishment of peace without doing any type of harm to anyone.
He was born in Lumbini Garden as a prince. His mother was Queen Mahamaya and His father was King Sudhhodana. His childhood name was Sidharth Gautam. Buddha was so dishearten by the condition of earth, that he left his home at the age of 32 in the search of peace and “Nirvana”.
After he got enlightment, he was named as Buddha, which actually means “the enlighten one”. 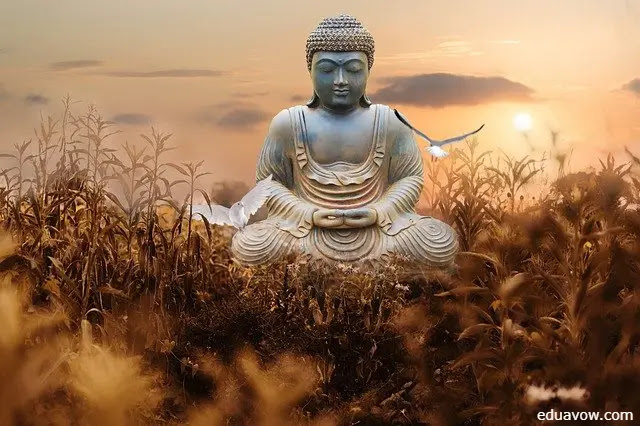 photo:Pixabay
His spread Buddhism for the welfare of mankind and establishment of peace in soul. Non-violence or Ahimsha was the key root of Buddhism. “Arya astanga Marga” and “Chaturjama Dharma” were published among the people by Lord Buddha to get Nirvana. He took his Nirvana at the age of 80.

Kalki is the last and most powerful avatar of Lord Vishnu which is not formed yet. This avatar of Vishnu is to be taken at the terminal of Kali Yuga, For the suppression of all the evils and violence on earth, to bring Dharma and Satya Yuga back again.
According to Hindu mythology, Parasuram got immortality to compel Kalki for the war against all type of sins. In this avatar of Lord Vishnu will take a form of human and will ride a white horse along with a huge sword in his hand.(Bara Hatia Khanda in odia mythology).
Post Views: 51