Kamala Devi Harris is popularly known as Kamala Harris has been in breaking news  especially after US elections. The historic result of US election was very very important form commercial  and diplomatic point of view as all the actions of the world had their eyes on it.

The big fight for the president seat was between Donald Trump and Joe Biden but another name came out of the election that become popular and has been in sensation that is of Kamala Harris, an Indian origin from maternal grounds who is going to take oath of office as US senator of California and vice president of United States. 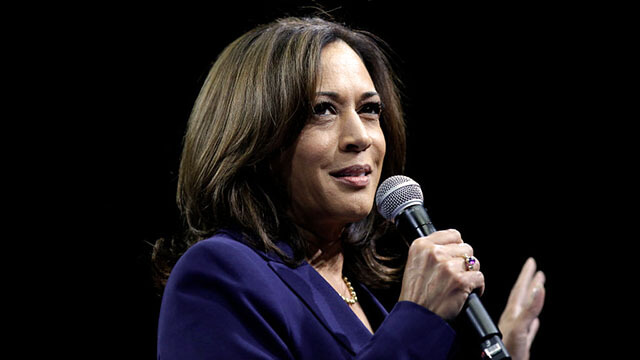 Joe Biden, the former vice president is now going to become the president of United States. In brief, Kamala Harris is one of the successful US politician who is now elected as vice president the US and the junior senator from California.

Kamala Harris is now considered as the ‘Female Obama‘ of the United States. She will be the first women senator, first Indian origin senator, Second African-American, First South Asian-American person to hold the history.

One of the most powerful women, the American-Indian combination, Messiah of women empowerment and child development, Kamala Harris, born in Oakland in California, USA on 20th October, 1964. Her progressive and protecting nature gave her a major identity in a state which called as supreme power of the world.

Her Welfare policy and programs always gave her major possibilities to create a better political career. You can note the description below about Kamala Harris .

Kamala Harris is a Indian-British combination child as her mother, Shyamala Gopalan belongs to Tamil Nadu, a southern Indian state and father, Donald J. Harris belongs to British Jamaica. Kamala Harris parents both went to United States for graduation study during respectively in 1958 and 1966. 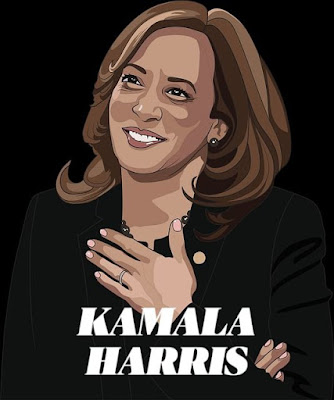 Kamala Harris mother Shyamala Gopalan was a student in nutrition and endocrinology during 1958-1964 and got her PhD degree in 1964.

Kamala Harris father, Donald J. Harris, an economics professor at Stanford University and received his PhD degree in 1966. Kamala Harris lived in Berkeley, California and their home was situated exactly on Central Berkeley.

Afterward, they moved to “the flatlands”, Bancroft way in West of the Berkeley. That place is remarkable for mostly Black people. When Kamala Harris was on her 7th year, her parents got divorced and grown-up by her mother single handedly.

Her mother raised Kamala as a confident child whose future plans was to change and crate history by her understanding nature and cooperative works with fellowships. Her social skills make her remarkable over the families around. But, her battle with the offenders always there to defeat the issues and restore control over the situation.

Kamala Harris and her younger sister, Maya both went to Kinder Garden in childhood days before they shifted to Montreal, Quebec, Canada with her mother.

As a social activist, her mother wanted both child to learn and speak French Language to communicate to French people, so they went to Notre-Dame-Des-Neiges (a French speaking primary school).

After primary education, Kamala Harris went to F.A.C.E. School then Westmount High School in Quebec in he year 1981. In 1982, Kamala Harris went for Howard University, Washington D.C. USA. She mastered in both Political Science and Economics and got degree in 1986.

Afterwards Kamala Harris headed for again California to attend Law School. While through serving as president of Black Law Students Association, she got the graduation degree of Juris Doctor in 1989.

After Joe Biden, Cory Booker, Sherrod Brown, Tulsi Gabbard, Krishten Gillibrand ; Kamala Harris ranked a position to be questioned mostly by the Americans in 2020 for their personal life.

The most common question was” Is Kamala Harris married ?” To the answer to this question, Yes, Kamala Harris husband, an American lawyer, DOUG EMHOFF, is all set to become the first 2nd gentleman after Kamala became Vice-president, born on 13th October 1964.

Kamala Harris is his 2nd wife after Kerstin Emhoff. Kamala Harris and Doug Emhoff got married on 22nd August, 2014. 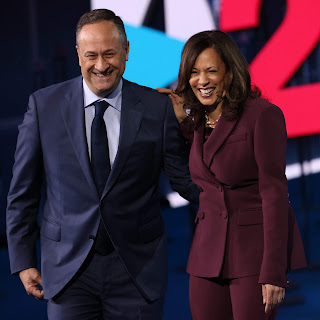 [FUN FACT -Emhoff and Kamala were first met on a blind date.]

Before Kamala Harris, Doug Emhoff has two children from his 1st marriage with Kerstin Emhoff. Therefore, Kamala Harris is a happy step-mother to his son Cole and daughter Ella.

[FUN FACT – Cole and Ella affectionately called Kamala as “MOMALA” which seems as the combination of “MOM+KAMALA”. ]

As Kamala Harris born on 20th October 1964, in the year 2021, Kamala Harris age is 57 years old. Her husband Doug Emhoff is just 7 days older than Kamala.

Kamala Devi Harris is an American political activist. Kamala Harris height is 1.57 meters which is 157 cm or 5’1” foot.

In 2003, as an district attorney of San Francisco, Kamala Harris net worth was $157,352 per year. The next year she eventually make up to $260,000 and in which Kamala Harris was eligible for $250,000 pension scheme according to woman’s health.
But she successfully made extra budget to herself by book deals during the couple of years.
Her treatise ‘The Truths We Hold’ made $320,125 additional treasure to her wealth in 2018 and also earned $277,763 in 2019, for publishing advances. According to Fortune the couple’s net worth is US$6.3 million in 2020.
They have three massive homes in Los Angeles, San Francisco and Washington D.C. After becoming vice president , Kamala Harris will be paid US$230,000 per year.

Kamala Harris’s political carrier founded during her study in law college at California. She was the president of ‘Black Law Student Association’. That choice and faith and Kamala on black collage students and against violence laid her to became a leader among hunderds and to get administrative powers for the rights of the voters.
This had become the foundation the unlighted political carrier that now a days Kamala Harris is all set to become the first ever women vice president of the US.
Afterwards , Kamala Harris began her political carrier in the Alameda County district Attorney’s Office. Kamala Harris impressed everyone by her work on prosecuting child sexual assault cases. During this crises, it seemed like for ambition was to keep herself shaped in every unconditional situation and give people victory of justice and opportunity to became themselves.
Later as you know, in 2003 Kamala Harris become District Attorney for San Francisco. After that from 2011-2017 she held the thrown of Attorney general of California. 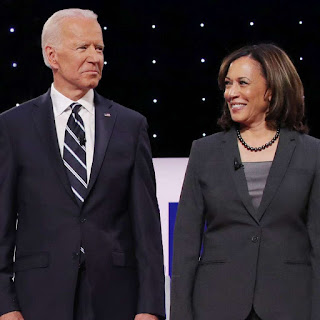 After so many years finally in 2017 , Kamala Harris was elected as an United States senator for the country California. She is the first Indian origin , first black person, first South Asian American, Second African-American to hold the history till date.
She also responsible for Homeland Security and Governmental Affairs Committee , The Judiciary Committee, The Budget Committee, The Intelligence Committee as a Senator.
Kamala Harris got the prestige of rising and raw star of democratic party between the couple of years from her starting carrier point.
Post Views: 3