THE HISTORY OF ENGLAND

Pre-history of the history of England is believed to start about 9,00,000years ago; from the earliest known human came to Britain , to the Roman invention during the period 43AD. This phase of history is very crucial and difficult to elaborate as there was no accurate written formats found.

As you know, when we talk about the pre-historic time, it is about the hunter gathers who lived a wildlife in jungles, caves, wore bark, leather and ate fresh meat of other animals. So the people of prehistoric period is similar to it. The stone age of prehistoric age gave its crucial report and provide descriptive report of the history of England.

Due to some circumstance problems he wasn’t able to develop his empire in Britain. But he is said to be the first invader to reach Britain twice during his Gallic wars.

Although Claudius gave a foundation to the Roman empire in the history of England, but it took a large scale time period of 87 years to built the dream shaped empire -palace of the Roman conquest. The history of England monarchy started when the roman army required in the areas like his Panis, Gaul and Italia.

The roman army fought many battles such as battle of Medway, battle of Caer Caradoc , battle of Mona, battle of Thames with tribes of England in which they rose like a shining star and helped the emperor to create an insane empire in England. The history of Roman-England kings was broad that they conquered England 400 years.

In their period of time they almost captured England , Wales, and some part of Scotland. They faced some rivalries or evolutions in many places but also built many forts, developed the villa areas into cities with their trading process and did many more welfare acts in favor of the people and empire.

The medieval period of the victory of England was the time period in between C.410-1485.The native people of England formed a settlement called as Anglo-Saxon settlement of Britain, was mainly responsible for the decreasement of Roman empire in England.

The native England people formed many kingdoms that come into force now-a-days in England . Medieval period was the time period where the history of English language is connected.

You will be surprised to know that , English language , which considered as the global language now a days born on Britain by the Anglo-Saxon migrants. It is basically a West-Germanic language and went to very simpler from day by day.

By the 10th century  many rulers tried to unite the native kingdoms into one empire as there were many of it like :Sussex, Kent, Essex, Mercia, East Anglia , Bernicia, Deira, Lindsey, Hwicce.

Afterwards , the history of England  timeline was written by the sword-edge of the Norman king William’s decisive great victory on October 14,106b at the battle of Hastings. This victory brought massive changes in political , administrative, social structure in favor of the king.

This victory also made him the greatest king of that time and William the duke of Normandy throne by Eldred in west minister Abbey on 25th Dec 1066. During the medieval English period , the history of new England established with civil war, International war, occasional insurrection and political intrigue that spread in a vast area.

After William , his son Henry become the ruler of England , who was also known as ‘Henry Beauclerc’ as he received formal political education to be a king. The king conquest in the history of England is very important as many drastic changes has been seen in that period of time.

A new era of architecture born from which many churches built in the from of Motte and bailey castles. Magna carta was signed in the medieval period to limit the powers of the monarchy.

THE HISTORY OF ENGLAND UNDER THE PLANTAGENETS :

Plantagenet was the house of Angevin dynasty, which was the royal and magnificent house of England or United Kingdom. They ruled in the pages of history in between 1154 to 1485 and bestowed 14 kings among which 6 kings are from Larcaster and York houses .

During this period of time an epidemic of bubonic plague known as ‘The Black Death’ speeded the whole of Europe and reached in England  in 1348.Due to this pandemic a third to half the population were vanished from the Edward III’s tenant.

This dynasty faced many hazardous situations like Lancastrian war, Battle of Agin court, wars of roses. Afterward the rulers were unable to hold the glory of Angevin dynasty and the Tudors came into existence. 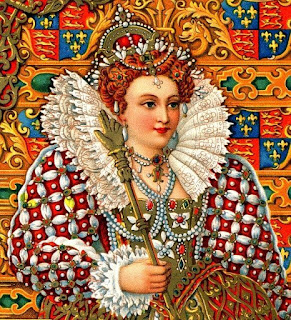 The Tudors Era is an exiting period in the history of England. The Tudors Monarch started by the Monarch king Henry VII and there were a Welsh-English royal family whose glory is written in the golden ink on the pages of history. Tudors ruled over England and Wales for 118 years and they developed new religious ideas to the people, overseas exploration of trading and marketing, colonization.
When you study about the history of England or the history of England Monarchy, it is very crucial to know about the Tudors history as they promoted England to be a richer country than before.
The richness of the country leads to the growth in house and town planning, school and colleges to develop the education system, arts and crafts too became finer than before, so that many famous painters, writers, musicians born and spread their hidden talent all over the world. Tudors time was the time when history carried the evidence of 2-3 strongest monarch ever to sit on throne.
Henry VII, Henry VIII and his daughter Elizabeth I, were the strong and powerful monarch to rule over the history of England.
[Important Note -:You should thank the Tudors as they developed/invented our beloved daily life related things such as tea, coffee, newspaper, portrait painting, flushing toilet and if you watch movies in Theatre then, thank the Tudors because they invented the Theatres as well.]

The Stuarts era in England arrived when James VI of Scotland became the succeeded of queen Elizabeth I. In 24th March 1603 the queen of England, Elizabeth died and James VI sat on the thrown and called as James I of England. James brought both England and Scotland under one emporium so that he became a superior king at that time to rule over such a big union.
This era of time notice major issues in political and religious sectors which sifted to the fast English Civil War in 1651. This phase of the history of England also witnessed some risky rebellions, the  inhuman beheading of a king, tragic plague outbreaks, the fire of London in 1666, a triumphant foreign invasion and overall the seven emperors of Stuart dynasty.

During the 17th century the history of England inked by the Georgians gracefully. English Georgians witnessed the establishment of GREAT BRITAIN in 1707 as an international power. Georgian era is well known the history of England for social emphatical history, architectural fluencies and fashionable dressing code of the queen and king of England.
The industrial revolution was another vital subject to study of the Georgian era of time which helped the country, England, to become one of the richest country in the world during the session of 1769-1814.It was the time when England lost control over the colonial American states.
When queen Victoria came to the throne in 1837 , she was the ruler of Canada, Great Britain, Australia, India, New Zealand and some other parts of Africa. It is also said that the sun never sets in the British Emporium as they covered maximum number of countries in the world.
Abolition of slave trade was a major social victory of Georgians. The Georgians also well known for their appetizing food. Art and literature also at its top position during this period where many romantic poets such as Samuel Taylor Coleridge, William Wordsworth , William Blake, John Keats, Lord Byron were born and their majestic poetry turned the world into a magical place with bubbles of color and new enchanting ides and themes. Many social and political reforms also took place in Georgian era , in the history of England.
[ IMPORTANT NOTE : GREAT BRITAIN formed on 1st May 1707 and term ‘United Kingdom’ become official in 1801 according to the Act of Union Parliament of Great Britain and Scotland. ]

AMPLIFICATION OF MODERN ENGLAND IN 18TH AND 19TH CENTURY :

After the formation of Great Britain , the history of England is converted into the history of one of the countries of United Kingdom in the modern era. The history of England or UK was cherished by the industrial revolution of the state and the local governance by the Government.
Development of many industries had been seen and rural areas turned into urban areas. So the per capita income of people also increased day by day.
Basically to develop the rural areas , the Local Government act 1088 and 1894 imposed to standardize the local areas with the urban areas. Local government act 1894 provided the civil parishes that was separated from the ecclesiastical parishes.
The civil parishes are the ‘community councils‘ for the rural people where they discussed about their development with each other.

The 20th century was started with the death of queen Victoria succeeded by her son Edward. The Victorian era ended in 1901 and afterward in the 20th century the whole world witnessed  WORLD WAR I and WORLD WAR II that changed the lives of people and their outlook towards the earth and mankind.
The world had seen the destructive power of human being in such an extend for the very first time. These world war’s swingeing effects changed everything and compelled to think out of the way of peace despite of having destructive powers.
Post Views: 10