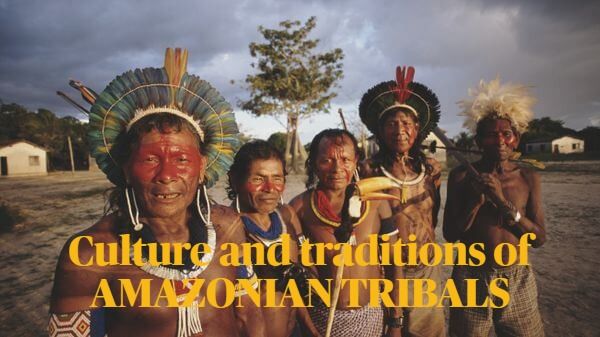 According to the Government’s Indian affairs department FUNAI there are thought to be at least 100 isolated Amazonian tribal groups in the Amazon rainforest. Mostly Brazilian amazon is home more uncontacted tribes in comparison to anywhere in the world.

After knowing this, you must have become curious to know more about the Amazonian tribes. Isn’t it ?

So, what are Amazonian tribes ? What culture do they have ? and how is their livelihood ? And more question which are need to be answered.

Then read the following data carefully to get your answers.

According to Wikipedia, more than 30 million people of 350 different ethnic groups live in the amazon which are belong to 9 different national political system. 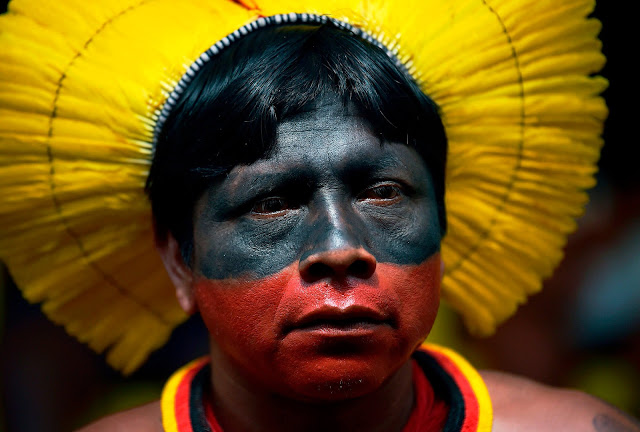 There are about 305 Amazonian tribes living in Brazil today and this counts on 900000 people and about 0.4% of Brazil’s total population.

The Govt. of Brazil had recognized 690 territories for its indigenous population. They cover about 13% of total Brazil land mass . Though many of the Brazilian tribes have been discovered but, there are so many Amazonian uncontacted tribes yet not.

According to Wikipedia, in 2013 there were thought to be roughly 100 uncontacted tribes and it was also believed that half of them were belonged to amazon rainforest.

This tribal group found in remote, isolated region of the amazon rainforest but, the saddest thing is their land is being rapidly destroyed by outsiders for deforestation.

According to the 2007 CENSUS , Peru’s population had included more than 4 million of indigenous person. This indigenous persons included 83.11% of Quenchua, 10.92% of Aymara, 1.67% of Ashaninka and 4.31% other native Amazonian tribes. So this is the small description of the indigenous tribes of Peru.

Colombia’s vast southern amazon region is home to almost 8,00,000 people which further include more than 5 dozen indigenous cultures who live in about 183 self governing reserves.

It is estimated that 50% of the indigenous people of Colombia live in the La Guagira, Cauca and Nariño Departments. This Amazonian region is sparsely populated and has become home to over 70 different indigenous ethnic groups.

Ecuador is the country who contains only 2% of the entire amazon basin, but this represents 80% of forested land in Ecuador. Ecuadorian amazon covers about 34.5% of the land in Ecuador and represents 9.8 million hectors of amazon rainforest.

The Ecuadorian amazon rainforest is home to 14 indigenous nationalities living in Ecuador, and are grouped into local regional and national organization.

In Ecuador , 24.1% of the indigenous population live in the amazon , are divided into 10 nationalities. The Quechuas is the most populous indigenous ethnic group in the Ecuadorian amazon rainforest.

Due to its wide raged forest area most of the Amazonian tribes live in the Venezuela’s The amazon rainforest.

They represent 2% of the total population of Venezuela. The Yanomami a group of 35000 indigenous people live in between the borders of Venezuela and Brazil.

This tribal group live in some 200-250 villages in the The amazon rainforest in these regions. There are also 26 Amazonian tribal groups in Venezuela including Yanomami.

These heavily forested region plays a major role in regulating rainfall across the entire amazon basin.

This forested lands are home to many natives of amazon. These indigenous peoples number to some 78,500 in the cooperative republic of Guyana, and approximately 9.16% to the total population of this country.

According to FAO this accounts about 94% of forested land in Suriname. This extremely suitable condition brings much biodiversity which brings much helps to tribal people to live. 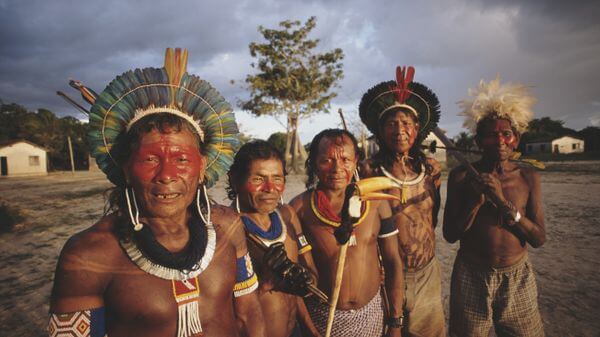 There are about 20,344 indigenous people in Suriname, which are 3.8% to the total population of this country. The four most numerous indigenous people of Suriname are Kalina(Carib), Lokono(Arawak), Trio(Tirio, Tareno) and wayana.

1.4% of amazon rainforest is also situated in French Guiana. According to the report of U.N. FAO, about 98.3% land of French Guiana is covered by forest . It is about 80,82,000 ha of forested land.

In 2010, indigenous organizations also including The Federation Of Indigenous Organizations Of French Guiana (FOAG) had estimated that, the total number of indigenous people in this country was approximately 19,000, which had constituted around 10% of French Guiana’s total population.

There are 6 indigenous peoples in French Guiana. This 6 Amazonian tribes include Kalina, Pahikweneh, Lokono, Wayana, Wayapi and Teko. So this was the overall, description about the amazonian tribes situated in these countries.

After knowing all these information’s, you must be curious to know about the amazon tribes culture and their livelihood. Then read more to explore more.

The amazon rainforest holds a great diversity with in itself. According to WWF, there are 80000 plant species in Amazon rainforest from which 40000 plays a major role in regulating the earth’s climate. 3000 fresh water species, more than 370 different types of reptiles and also 1 in 10 known species on earth are found in this rainforest.

This diversity does not exceeds only in plant and different animal species. The amazon rainforest is also home to 1 million American Indians in which 400 or more tribal groups have their own culture and livelihoods.

Like many other tribal groups on earth, the Amazonian tribes have their own prospective towards their culture, ritual, myths and cosmology.

They have a deep connection with their land. It is also believed that some of the Amazonian tribes take hallucinogenic drugs to connect with sprits and cure sickness.

Yanomami shamans are believed to inhale Yakona or Yopo, a hallucinogenic drug which helps them to call on their shamanic spirits. This plays a major role in healing ceremonies and during the funeral feast.

Other tribes such as Kaxinawa and Ashaninka drink Ayahuasca, a brew made from the Caapl vine on the period of healing sessions.

Awa an Amazonian tribe take no stimulants or drugs, but go into a trance through the power of dancing and clapping to make a journey to the iwa or abode of the spirits. They believe that in this way they meet the soul of their ancestors and spirits of the forest.

Tikuna another group of Amazonian tribes have a different type of ritual. According to their culture when a tikuna girl first menstruates, she is first painted by black genipapo dye and adorned with eagle feathers.

After that she sings, dances and jumps over fires for up to 4 days with almost no sleep and then goes into isolation for several months. At this time she is taught about their history and also informed about her future and responsibilities.

The Amazonian tribes avoid spiritual sites for hunting, potentially creating animal refuges. Approximately 99% of their kills usually occurs more than 500 meters away from the spiritual sites.

Yanomami tribes of the amazon rainforest have a very different and weird ritual akin to Cannibalism called endocannibalism. In this ritual, the Yanomami tribes practise of eating the flash of a dead person from the same community, tribe or society.

The Yanomamai tribal group also represents a different form of amazon Jungle women life. Yanomami tribal woman have the sticks going through their nose and ears for decoration.

They usually do hunting, rely on flood plain agriculture, fishing from the amazon river, forest food gathering with the major seasonal variations driven by the annual flood cycle.

Many Amazonian tribe that we know are mainly dependent upon fishing and hunting to get fresh meat to eat. The Inuit a kind of Amazonian tribe and other Indian tribes of north mostly relied on hunting and fishing to survive.

The black foot and Sioux are also examples of big game hunting Amazonian tribes. They usually work together to drive large animals into an amboush, a man made pit, or over the cliff to cut off their escape.

Animals such as Paccaries, Tapir and monkeys and birds are hunted by Amazonian tribes for their food.

Fish hunting from amazon river is very much essential for some Amazonian tribal groups such as Enawere Nawe. This particular tribal group are not allowded to eat red meat. They use fish poison or Timbo To Stun and catch fish from the amazon river.

Farming and agriculture is also very much important for Amazonian tribes. Crops such as manioc, sweet potato, corn, bananas, pineapples are grown in the garden by the Amazonian tribes. Apart from that nuts, berries and fruits such as Peach, palm, acai are regularly harvested by them.