WHAT ARE THE EFFECTS OF DEFORESTATION ?

Trees are known as the greatest treasure of our planet. They have been depositing the countless and most vital needs to all the living organism on the earth. The single you are using to the bed you sleep or all the air breathe to the water you consume all are the products of the forest and are countless in number. But mankind is using this treasure in a opposite manner. “Deforestation” the greatest fear to the world is increasing with a brisk speed due to the human constructed activities. 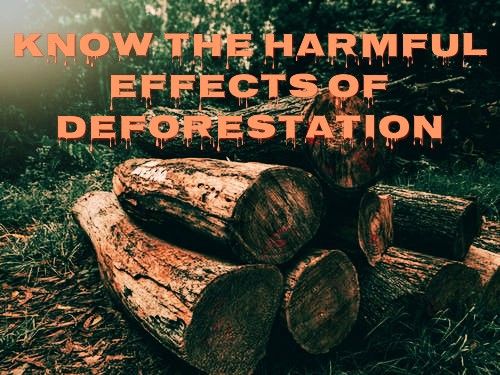 Deforestation is the huge amount of loss of forested area either due natural or human based causes. Deforestation caused by nature such as (hurricanes, forest fire, parasites and floods) are not much destructive because after a certain time limit new trees can arise at that deforested place.

Human caused activities are much dangerous and impactful as it is the permanent loss of the trees from the forested area to use the land.

To my opinion deforestation is the the greed of mankind for money that has been increasing and leading the earth into destruction with the life of many innocent animals living in it.

This huge amount of trees are disappearing from our planet causing many side effects. But, what are effects of deforestation ? and are they going to affect us?

So these are the most effective effects of deforestation discussed below. 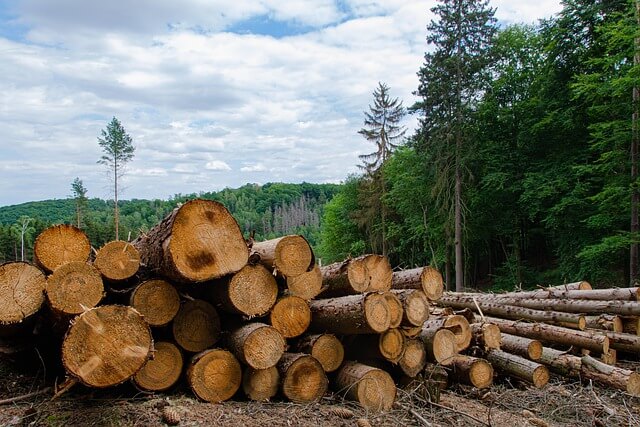 Soil erosion is curse to mankind caused by deforestation. Soil erosion is the displacement of the upper most layer of the soil which has the highest amount of concentration of organic matter and micro organisms.

The top soil is responsible for earth biological soil activity. But, this vital layer of soil is decreasing with a alarming speed due to the water flow and mainly deforestation.

According to a new study it has been found that almost 36 billion of tons soil is lost every year due to water flow and deforestation. This degradation of the quality of soil has a huge impact on our biodiversity as many organisms live in it and all of us totally depend upon it.

It has many other side effects including sedimentation in streams and rivers, clogging the water ways. soil pollution, water pollution and lowering the amount of fish and plant species on the aquatic habitat. It is also found that almost half of the top soil on earth has been lost in 150 years.

You will be surprised to know that if we do not stop deforestation in just 60 years we shall run out of the top soil. The deforestation has made a brilliant effect on the soil that we are left with only 20% of top soil. In this way the effects of deforestation includes this terrible soil erosion.

An average tree can absorb 48 lbs. of carbon dioxide per year and release enough amount of oxygen for you to breathe at least for 2 years. Also 30% of human carbon dioxide emissions are converted into oxygen by trees during photosynthesis.

But when deforestation occurs the stored CO2 is automatically released into atmosphere. As CO2 and other green house gases absorb heat radiation the temperature of earth increases which brings many tremendous side effects such as climate change. In this way the deforestation cause in the increase rate of green house gases.

IMPORTANT FACT-Did you know that 1.5 billion tons of carbon dioxide is released into the atmosphere mainly due to deforestation and burning of trees.

You are already known that the deforestation and climate change are bounded with each other. This effect of deforestation is now undermining all our health due to it’s hazardous effects.

Climate change is known as the disbalance of environmental condition such as temperature and rainfall in region over a long period of time.

This climate change is a severe agony for us that it brings many problems including drought, insect outbreaks, reduced agricultural yields , health impact in cities due to heat and also flooding due to uncertain or heavy rainfall.

The deforestation affects the climate so much that it is responsible for 10% of all global warming emissions creating a path towards the climate change.

This effect of deforestation is so brutal that many continents and regions including the arctic, Africa, Small islands are likely to be especially affected by future due to climate change.

Bio diversity is one of the important factor on earth.  Biodiversity is responsible for functioning the ecosystem which supply oxygen, clean the air and the water, pollination of the plants and many more important things that needs to be done.

This biodiversity is so vital for us and is directly controlled by the plants. This is why the deforestation directly harm the balanced biodiversity.

The biodiversity which needs to be balanced get influenced due to deforestation. This reduced biodiversity brings many problems such as threatens the food security, invasive species, climate change and many more.

80% of animal and plant species are only found in forest. Only Amazon rainforest is home to 10% of animals and plants of world’s known species but sadly it has lost 17% of it’s forested area with in just 50 years. The deforestation has direct effect on the animals living out there.

According to WWF, almost 1000 of animals and other living species are found with in a square kilometer of a forest. While deforestation we are just decreasing the possibilities of food, shelter and breading habitat for the animals living in those region.

By cutting the trees we are indirectly or directly pushing these innocent animals towards death. Approximately 5 million animals die each year due to deforestation.

This death of animals include the life of 9.1 million mammals, 10.7 million birds and 67.1 millions of reptiles.

IMPOTANT FACT : Did you know that the amount of wood , paper and other forest borne product that we usually throw away each year can be enough to heat approximately 50000000 homes for 20 years.