HOW DEFORESTATION AND CLIMATE CHANGE ARE RELATED TO EACH OTHER ?

Deforestation is the permanent clearance of wooded land or forested area to implement the land or the raw materials of the forest for human needs. Deforestation can either be natural or through human activities but the human caused deforestation is more impactful because it causes permanent loss of trees.

Deforestation has caused so effective that 48% of earths forested land has already gone. This measure loss of forest has constructed a serious effects on earths climate, making many hazardous situations.

But the question is, what are the main causes behind this terrible deforestation ?

46% of forest has been lost from earth since while mankind started deforestation. The causes of deforestation are so impactful that our planet losses 2,00,000 acers of forest each day. Is it not much to have a dangerous climate?

Agricultural expansion, logging and wood extraction, urbanization are mainly responsible for the increasing rate of deforestation.

HOW DEFORESTATION AND CLIMATE CHANGE RELATED TO EACH OTHER ?

Carbon dioxide is a very important part of greenhouse gases. These green house gases are mainly toxic and absorb heat radiation. Burning of fossil fuel, air pollution, industrial emissions, automobile exhaust and also deforestation are the contributor to these green house gas emission which gradually cause climate change. But how does deforestation cause climate change ? 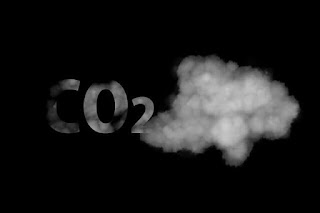 It has been estimated that tropical deforestation contributes approximately 20% of global green house gas emission which leads to have a dangerous climate change.

Trees are the ultimate bank mainly for the carbon dioxide and other green house gases. Young trees estimate to absorb CO2 at a rate of 13 pounds per tree every year and at the productive age they are responsible for absorbing 48 pounds of carbon dioxide each year.

By absorbing CO2 they release most of the vital products such as water, oxygen, food many more. Trees also use CO2 for the growth of branches, stem etc. But when trees are allowed to cut, burnt or just to rot the stored carbon dioxide and other green house gases are gradually released into the atmosphere. These green house gases and carbon dioxide absorb a much amount of heat in the atmosphere thus causing climate change. In this manner the deforestation and climate change are related to each other.

Through decades the climate change has shown its real color. This is a slow poison which is responsible for driving the world into annihilation. Climate change has so many effects on both the environment and also living organisms. The effects of climate change are so effective that it brings many more problem which are much hard to control.

Climate change also has a significant character in the declining rate of animal and living species. The effects of climate change on animals is so impactful that more than 700 mammals and birds species currently are in a dangerous condition. 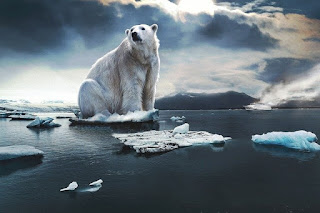 Many animals also die due to the forest fires which is caused by climate change and global warming. According to U.N. report more than 1 million species of animals and plants have faced extinction due to climate change.

2 thoughts on “HOW DEFORESTATION AND CLIMATE CHANGE ARE RELATED TO EACH OTHER ?”