DEFORESTATION IN THE AMAZON RAINFOREST

So let’s find out the importance of the amazon rainforest in the world and the answer of these two most important questions.

IMPORTANCE OF THE AMAZON RAINFOREST

Rainforests are one of the most valuable and precious treasure of earth. That is why they need some extra attention and more importance from the whole mankind.

According to the nature conservancy, rainforest are responsible for covering less than 2 percent of earth’s surface but you’ll be amazed to know that these 2% of rainforests are home to more than 50% of earth’s plants and animal species. 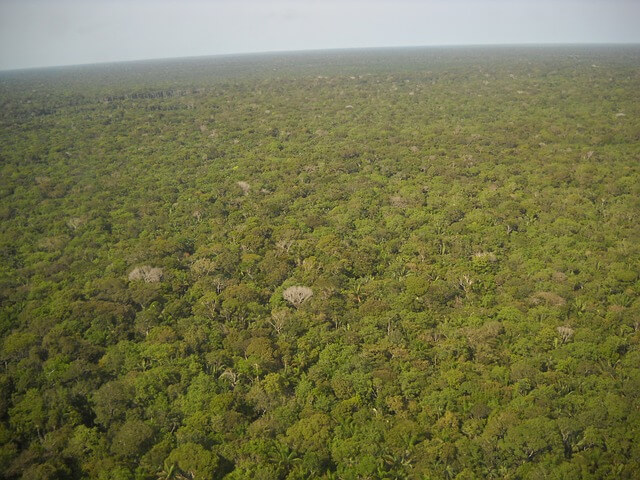 You are already known that amazon is eminent by the name of “lung of earth” but do you know the reason behind this ?

Amazon only produces approximately 20% of all oxygen on earth by continuously recycling the carbon dioxide into oxygen. The amazon controls the upgrading level of carbon dioxide by absorbing 2 billion tons of CO2 every year.

It successfully recycles 5% of annual emissions of carbon dioxide and maintains an equilibrium on the earth’s climate.

IMPOTANT FACT :Did you know that approximately 50000 acres of forest area are lost everyday by farmers and loggers worldwide ?

The importance of the Amazon rainforest does not exceeds only with production of oxygen and maintaining the climate of earth. It’s value is priceless and impossible for mankind to create them such as it is greatest biodiversity on earth.

Amazon rainforest is the store house of many undiscovered animals and plants. As you know it covers only 4 percent of earth but it is responsible for homing a third of all known terrestrial plants, animals and insect species.

According to the estimated data, a single hectare (2.47 acres) of Amazon rainforest is able to conclude about 900 tons of living plants, which further includes more than 750 types of trees and 1500 plant. Half of the world’s species of flora and fauna are only found in the Andean mountain range and the Amazon rainforest.

According to WWF’s current data at least 40,000 plant species, 427 mammals, 1,300 birds, 378 reptiles, and more than 400 amphibian species are fount in the Amazon. The Amazon rainforest also includes 1 in 10 known species on earth.

This calculation could be more because there are so many other species  which are not yet discovered from the Amazon. It also includes most of the rare creatures in the world such as Amazonian jaguar, golden lion tamarin, the south American tapir, giant otters, the uakari monkey, white cheeked spider monkey, hyacinth macaw, lazy bear, pink Amazonian dolphin, common spider monkey and many more. 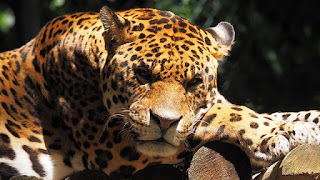 The helps from Amazon rain forest doesn’t exceeds only with oxygen and its great biodiversity. A source pf water is preserved in this forest.

The Amazon  river located in the Amazon rain forest  is a huge source of fresh water by containing a enormous 20% of world’s flowing fresh water. You will must be surprised by knowing that around 73,81,000 cubic feet of fresh water is expelled from the Amazon river into the ocean in each second.

This Amazon river also plays a vital role by concluding 15% all fresh water fish species in the world.

According to actual data only brazil has got 65% of the Amazon rain forest . Brazil has got these amazing gift of earth hence has used it in a different manner that will be discussed in this following post .

The Amazon rain forest only contribute about 8.2 billion dollars to the economy of Brazil mostly by the products of rubber and timber. As these rain forest has spreaded its area by 5.5 million square kilometer only in Brazil having the unbelievable natural resources .

Apart from that Amazon rain forest is also rich in its minerals including iron, manganese, uranium, bauxite, copper, gypsum, lignite, nickel and even gold.

So, These are the importance of the Amazon rain-forest .

IMPOTANT FACT : You will be stunned by knowing that the amazon only represent over half of the remaining rain forest having 390 billion individual trees ?

It is said that the greatest enemy of a man is his greed. The mother nature has already given us much beyond our need but the greed of mankind is not enough with that further result in the destruction called deforestation.

As you know Brazil possesses the largest forested area in the world. About 544 million hectares of area in Brazil is covered with forest (FAO-2010) but it is decreasing with a alarming speed. Brazil has become one of the  country having the most of the lost in forested area.

Amazon rain forest is so affected by human destruction that almost 18% of Brazilian amazon has lost in the last 40 years. While reading this, a simple question must have raised in your mind that what are the causes of deforestation in the Amazon rain forest  ?

Well, I can assure that the facts about deforestation in the Amazon rain forest can shock you. Read the following data to find out all your quarries.

CAUSES OF DEFORESTATION OF THE AMAZON  :

I f you put into the math you will find many causes of deforestation in the Amazon rain forest . But most impactful and destructive causes behind this destruction are agricultural expansion, wood extraction and infrastructure expansion. These causes are more dangerous than the natural causes as they d the permanent deforestation. 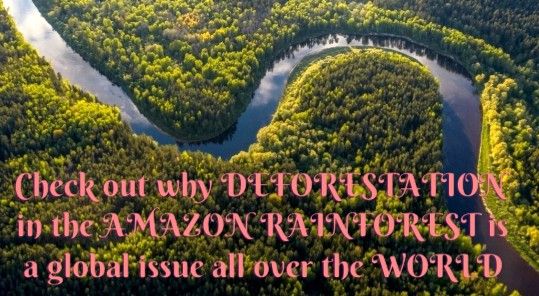 IMPORTANT FACT :It will take your breath away when you know that 80% of the food you eat comes from the tropical rain forestation ?

According to UN data Brazil’s population is equivalent to 2.73 % of the total world’s population. Brazil is home to 212559417 people and it is increasing in each day.

By seeing these amount people you must have known that why Brazil is increasing its agricultural expansion .These cause is so effective that agriculture has proven itself as the 2nd main cause of the forest conversation in the Amazon rain forest .

Amazon has lost 17% of its forested land mostly for the reason of agriculture and cattle ranching. In the Brazilian Amazon, the cattle sectors incentivized by the international beef and leather trades.

Wood extraction and logging are also severely blamed for the degradation of the Amazon rainforest. Both legal and illegal logging becomes the causes for the deforestation in the Amazon.

To minimize the rate of illegal logging the Brazilian government has stopped the issuing new permits for logging, but unfortunately the illegal wood extraction has been increased. In 1966, many Asian companies had invested more than 500 million dollars in the Brazilian timber industry.

About 95% of all deforestation in the Amazon rain forest occurs with in 50 KM of highway roads. It is also estimated that 7% of global deforestation is due to the extraction of oil, gases and minerals.

So, these are the vital causes of the deforestation in the Amazon rain forest . According to the Indiantimes it is estimated that as the amazon rainforest burned 2.3 million animals were died in just 7.7% of its total area.

Every year a huge amount animals are affected by the deforestation in the Amazon rain forest constructed by human activities. 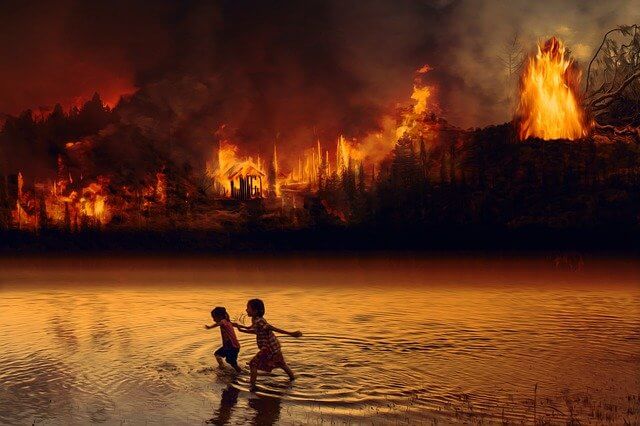 The above discussion was all about the deforestation in the Amazon rain forest  and the question of can we live without it ?Well the obvious answer is no and if we will be able to survive without amazon things will not be same as you experiencing now. The effects of deforestation in the amazon will be so dangerous that will be not able to face it. If we don’t stop it then the amazon will be gone in just next 40 years. So it is high time for us to choose a better world to live , or a world to live with nothing.

You Can Also Check Our Mobile Tool What is My Screen Resolution.

1 thought on “DEFORSTATION OF THE AMAZON RAINFOREST | CAUSES |ANIMALS |IMPORTANCE”