Water pollution is a silent threat to the world. It is a menacing global crisis which is been increasing day by day with a rapid speed. water pollution is the contamination of water through the worthless but highly impacting activities of human. Every nation in the world want to empower themselves by increasing their industrial and agricultural field.

This method results a high amount a pollution released to the water bodies. These empower greed now leading the world into hellfire. Every developed and under developed country are becoming the culprit towards this   United Nation which is  one of the developed country in this world is included in this list. 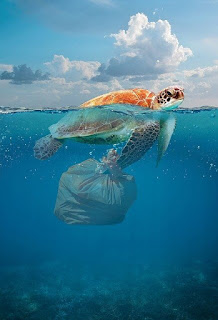 The Water pollution in the United States is now undermining the environmental condition and the health of the people. These pollution is so high that it concludes with the death of numerous life including many virtuous animals and also human beings.

But, what are the reasons behind this numerous  water pollution in the United States ? Read the causes of Water pollution to find out the answers that are needs to be Question .

CAUSES OF WATER POLLUTION IN U.S. :

Water pollution has become a global crisis which is increasing in a brisk speed. The water is getting polluted through many sources constructed by mankind. So the activities are undoubtly blamed for the hazardous water pollution. Though United States is a very developed country but the water quality of  this nation is getting more worse due to human activities. The causes of water pollution in U.S. are very common like other nations but yet  more unknown by the population.

Industrial activities are the root to many crisis including air pollution, desertification, loss of biodiversity and also water pollution. Extensive and irresponsible industrialization in the U.S. has resulted a massive amount of water pollution causing the water degradation. The industrial water which is directly extracted to water bodies without any measure treatment can be much reactive, corrosive or highly toxic. 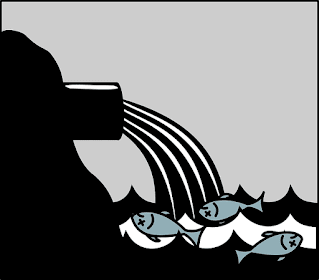 It has been recorded that only the U.S. produces 236 million tons of municipal waste in the form of solid. In U.S. the drinking water is highly contaminated due to the release of waste coming from the industries and companies.

According to a data it has been seen that  in U.S. more than 244 million people consume contaminant by drinking water which are linked to the industrial contaminants. Between  the year 2011 and 2015,the industries of U.S. almost dumped 14 million pounds Ove permitted limits. 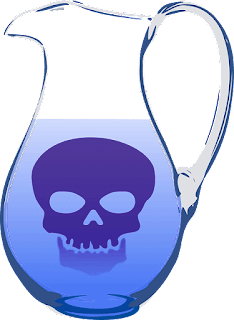 Since 1987,many and various companies has dumped more than 600 million pounds of toxic substances into the Ohio river. The Ohio river of U.S. is the source of drinking water to nearly 3 million people. So they are suppressed to consume deadly and toxic substances such as Ammonia and Nitrates which are dumped into the river by industries.

To feed this huge amount of people and also for national income U.S.  is improvising its agricultural usage. this improved money grubbing theory or United States through agriculture now has become the biggest threat to the pollution of water. 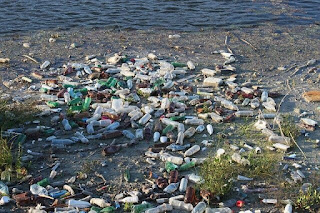 In 2016, there were 44.37%of total agricultural land in the united states. To get more out come in short period of time from agriculture they are using more fertilizers and chemicals on these field.

These fertilizers includes  harmful chemicals such as Zinc, Lead, Cadmium and also even Arsenic. These chemicals can pollute water by direct application such as run off and atmospheric deposition. IN 2015, almost 22.0 million tons of fertilizers were used only in agricultural land in the United States and caused a high amount of water pollution.

WATER POLLUTION DUE TO SEWAGE SPILLS :

The chaos sewage system is largely responsible for the water pollution in the United States. There are almost 1.2 million miles of sewers in the U.S. and most of them are in poor quality which releases untreated water into the sea or rivers. In U.S. ,it is estimated that 3 to 10 billion gallons of untreated waste are released into sewage system and these waste water ultimately mix in the water  bodies.

Sewage water usually consist of untreated and harmful chemicals including high concentration of Ammonia, Nitrate and phosphorus which are extremely harmful for both human and animal health. Sewage water also includes many micro organisms including Bacteria, Fungi, Parasites and Viruses .

Consumption of this nasty water can lead to intestinal, lung and many more infections. Drinking of this water can also lead to health problems including Diarrhea, Fever, Cramps, vomiting, headache and many more. 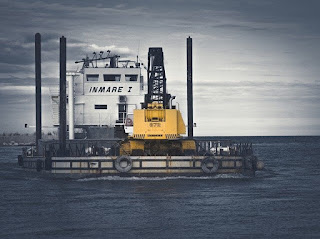 These are the main causes behind the water pollution in the United States.. In U.S. it has been seen that 40% of lakes are fully polluted and can be dangerous for fishing, swimming and also for aquatic life.

Also this river contributes 23% of the U.S. public water supplies. Not only Mississippi river but also many river located in U.S. are being polluted by these harmful causes.

EFFECTS OF WATER POLLUTION IN U.S. :

As to the physics “Every action has a equal and opposite reaction”. As we have created this pollution so we have to repay. Water pollution is expanding with a brisk speed in the United States. We have to face the effects of water pollution as the human activities are directly responsible for this.

Most of the people living in the U.S. are forced to consume unsafe and polluted water. Nearly 20 million people in 50 cities of U.S. directly depend upon the Mississippi river for the drinking water whose water quality is declying each day.

According to a data it has been concluded that almost 63 million Americans are exposed to drink unsafe drinking water. Drinking of this polluted water has many hazardous side effects in human body.

Drinking unsafe water can also lead to damage of the Nervous system, Reproductive system and further it can also cause cancer due to the presence of  the carbonates and organophosphates. In the U.S. more than 5 million people die each year due to consumption of polluted water.

EFFECT ON THE ENVIRONMENT :

Water pollution has many sever effects on the environment. Due to industrialization, Agriculture, Urbanization many pollutants like chemicals, solid waste, fertilizers, radioactive substances are directly exposed into the water bodies without any treatment which leads to degradation to aquatic ecosystem.

Water pollution also has a massive impact on the quality of the soil. The quality of soil reduces by absorbing  the polluted water.

Water pollution is a headache for today but if we and the govt. do not any steps to stop it then this will be a annihilation  in the future. Knowing the danger many preventions are being done by the govt. of United States.

This law focused to the growing public awareness and concerned to control water pollution. Afterwards the the Govt. of U.S. created the clean water act of 1977. The original goal of the CWA 1977 was to make the American water ways safe for swimming and fishing some certain rules. 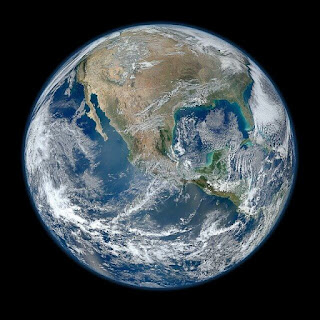 Many more laws were implemented by the Govt. of U.S. to stop the rate of water pollution but somehow these laws are not enough to control the water pollution in the United States.