THE HISTORY OF INDIA

Mark Twain, a famous American writer said “Nothing was left undone by man or nature, to make India the most extraordinary country that the sun visits on his rounds”.

In his words “India is the cradle of the human race, the birth place of human speech, the mother of history, the grand mother of legend and the great grand mother of tradition”. So, the history of India is condemned highly rich place in the world. 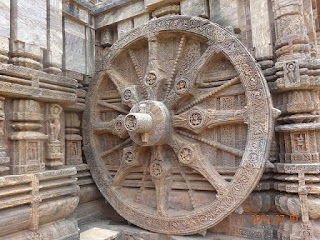 Despite of 137 corer population, 7 religions, more than 19500 languages, variety kinds of land forms, plenty of colorful festivals, rites and rituals, foods; we, the people of India, stand unitedly as Indians.

India is also known as a unique country as the mother of so many inventions like Algebra, Zero, Shampoo, Dimond mining. Almost 90,000 of animals are found in India in which 350 mammals, 1,200 birds, and 50,000 plant species are found.

The history of India is also known for its great ethics like Velour of descendant, indiscernible of strike, irreplaceable partialism, epic tolerance power, gesture of art and architecture, the voice of non violence and unity in diversity.

So, it is not easy to elaborate “The History Of  India” at once. That’s why the history of India has been divided into 3 parts such as.

1. The History Of Ancient India

2.The History Of Medieval India

3.The History Of Modern India

THE HISTORY OF ANCIENT INDIA:

From the pre historic period to the start of medieval India, the Indian subcontinent is known as the ancient India. The history of ancient India has some specific specialties of its own. Before that, we should know about the Mystery of the name “India” and from where it came ?

India is a country who brought its name afterward a river called “Bindu(Indus river)”. Mostly Aryans were settled in the valleys of  Indus and they worshiped the Indus river as the “Sindhu”. But the Persian invader, changed the name of Sindhu into “Hindu” and by combining the word Hindu and Sindhu the place was called
as “Hindustan”.

The history of India mostly refers to the land of Hindus. There are some other names of India such as Jambudweepa, Al-Hind, Hindustan, Tenjiku, Aryavarta and Bharatavarsha. According to Indian mythology, India is named as Bharatavarsha after the name of Bharata, the son of Dushyant and Shakuntala during Dwapar yug because he won the earth 21 times. Before Bharatavarsha India was named as Artyavarta, where the Aryas lived.

2,50,000 years back in India, Hominid 3rd activity believed to be acted, that is why it is one of the oldest inhabited religion in the world.

The Indus Valley Civilization became the pioneer to the history of India. It is also known as “Harappan” civilization. Harappan civilization comprised around 2500-1700BCE in the western part of south Asia but it was surprisingly unknown until 1921 AD, when Rai Bhadur Daya Ram Sahani who discovered it. 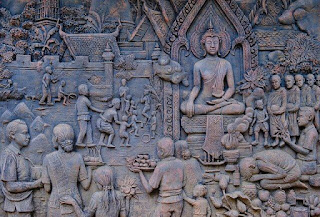 The Indus Valley civilization is so famous for its town planning, the great bath, developed sanitation, improved quality of roads, homes made by burnt bricks, earthenware, tools made by civilians to hunt, dig, cut things and to measure length and mass, art and handicraft by stone and penmanship etc.

The Indus valley Civilization which was the evidence of the history of India, is often compared to far more famous cultures of Mesopotamia and Egypt, but these are the indicators of recent development. The Harappan civilization is also divided into 5 categories such as

In that time period around 80,000 people lived in cities and spoke to each other in Proto-Dravidian language. Charles Masson is the founder of Indus Valley Civilization. The people followed some religion like Hinduism, Buddhism and Jainism. 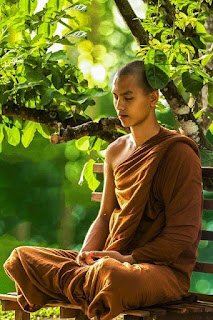 How ever it is the one of the oldest civilizations almost with Mesopotamia and Egypt, in which we can find many important innovations from standardized weights and measures to seal carving, metallurgy with copper, bronze, lead and tin. We can also find the inventions of wheel and well decorated agricultural process and proper urbanized cities.

Vedic period is one of the most prominent time period which was occurred during the late Bronze Age and early Iron Age. It got its name according to the Vedas because during this era of time, all the Vedas of Hinduism were written. This age is also known as the Iron Age as the iron became the preferred choice of metal for making tools. The Vedic Period is divided into 2 categories such as

Early Vedic Period (1500-1200 BCE) was a time when the Aryans were lived in the Sapta Sindhu regions. During this period the most Prominent Veda ;Rig Veda was composed. An excellent condition of society witnessed by the people.

There was no caste system existed and no one was bound to choose occupation by birth. The status of women was higher as they were taken as replica and blessing of goddess.

They took part in sacred worships and yajnas  with men and lived with dignity. People lived in the villages in peace. Education was very important to them as the main aim of education was physical, mental, spiritual development of pupils.

The people had much belief on God and therefore Vishnu, Indra, Varuna,  Vayu, Surya, Usha, Agni were worshipped by them. 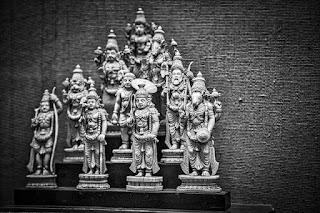 Late Vedic Period took place during 1100-500 BCE compared to Early Vedic Period. Late Vedic Period witnessed drastic changes in the society. During this time period, the Aryans moved to Eastern part of the country and lived in UP and Bihar.

Mahajanapadas were formed in the society and the king became more powerful than the Sabha Samitis of society. The issues like Varna System of society became more distinct. People were divided into 4 categories such as -: Brahmanas (Priests), Kshatriyas(rural people), Vaishyas(agriculturalist, traders and artisans) and sudras(servers of the upper three classes). 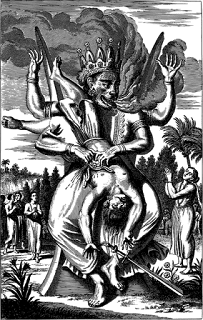 Women lost their position in this period and not allowed to attend the public assemblies. Child marriage became common in this society. Agriculture was the foremost occupation and the people worshiped lord Vishnu as the first God in Hinduism.

Brahmanas became more powerful as they worship the Lord and implits the rites and rituals in the society. Other religions like Buddhism and Jainism lost their importance.

After the Rig Veda, all the other 3 Vedas like Yajur Veda, Sam Veda and Atharva Veda were written during late Vedic period by Vyasa. The Great epic of India, Mahabharata and Ramayana were also composed in this time period.

Second Urbanization in ancient India started during the late Vedic period in between 600 BCE to 200 BCE and it became the pioneer to the town life in the middle Gangetic basin. Where in, first urbanization or Indus Valley civilization, the people were developed in town planning, houses, great bath, storation of crops for further use, there 2nd urbanization gave importance to grow and form cities to rural people. The people during 2nd urbanization basically used iron tools and weapons in daily life that leads to the development of the state in economical and agricultural sites. Their culture was profusely influenced by the Vedic period.

some important notes on second urbanization :-

(i) During this time period, Magadha gained prominence and formed the baseline of Mauryan Dynasty in the central Ganges Plain which was the first empire to unify the whole part of India into one state and became the biggest Indian subcontinent.

(ii) Mahajanapadas were the most remarkable political formation which took place in Second Urbanization period. There were mainly 16 Mahajanapadas created by the king.

(iii) It was the era when the great Upanishads were written which were the conclusion of Vedas.

(iv) In 2nd Urbanization period, Major ideal thoughts that gave birth to 2 religion like Buddhism and Jainism. raised in human history that provokes the mankind to a new auspicious way during the Sramana movement. Buddhism was founded by Gautama Buddha where Jainism was founded by Mahavir Jina.

(v) Though India was united as the biggest subcontinent, but some parts in the north-western region were captured by the Persians and Greek invasions.

(vi) The Sangam period is another feature of 2nd Urbanization in the southern part of Indian sub continent. Three Tamil dynasties developed the Tamil literature in a vast way. It deals with the history, politics, culture and war of this period.