Change and developments are basics for every social as well as political system. Socialist consider ‘Change’ as evolution, progress, development and sometimes with revolution. Change is a slow, cumulative process of adjustment to new situations. Social change refers to the modifications in the lifestyle of the people in the society. Social change takes place due to want of equilibrium.

Social change wider and complex concept which have different dimensions. It is wider in scope from political or economic changes. Any type of modification in society as increase or decrease, deduction, diminution, growth, decay, development, progress, revolution or evolution etc. can be called social change. Social change may occur in any dimension of society. It can be short lived or long lived, short term or long term, old or new, semi-permanent or permanent, reversible or not. In terms of magnitude Social change can be big or small change. It can be slow or fast. In terms of sphere of operation it can be described as ideological, political, constitutional, economic, industrial, educational, religious, cultural etc .

So far as the meaning of Social , change is concerned various scholars have given different definitions about it, Davis says, “Social change means only such alterations which occur in social organisation,social structure and functions. 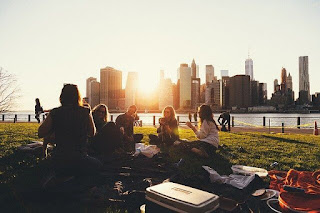 Jones defined Social change ,”To describe variations in or modifications in any aspect of social processes, social patterns , social interactions or social organisation.  Thus the concept is a complex one and scholars have been busy in defining and explaining about the various theories of Social change.

The following theories have been advanced to explain the meaning of social change .

According to this theory , Social change occurs due to the decline , deterioration, decay or decadence of society. The exponents of this theory states that , man originally lived in perfect state of happiness in a particular age but subsequently due to decline man reached an age of degeneration and Social change took place .

The origin of this theory can traced from the philosophical epics of India , Persia and Sumeria . The Hindu Mythology speakers of 4 ‘YOGUS’ such as – the Satya Yuga , The Tretaya Yuga , The Dwapara Yuga and the Kali Yuga .

Satya Yuga is the best and Kali Yuga represents the worst condition.The society has changed from the Satya Yuga to The Kali Yuga of the present in which we are living. 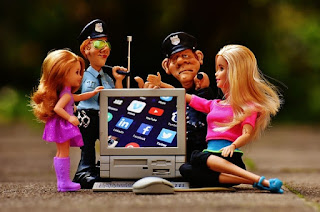 Spengler believe that society has predetermined life cycle and has birth , growth , maturity and decline . Modern is at its last phase , but as history repeat itself , society after passing through all the stages , returns to the original stage where from the cycle begins .

According to this theory  the society gradually moves to a higher stage of civilization in a linear fashion and in the direction of improvement. August Comte , the exponent of Social change such as , theological ,  metaphysical and positive . Man has passed through the first two stages and is gradually reaching the positive stage .

In the theological stage it was thought that the supernatural powers controlled and designed the world . This stage gave way to the metaphysical stage during which man tried to explain the phenomena by resorting to abstractions . In the positive stage man will adopt a positive attitude in the understanding of natural and social phenomena . 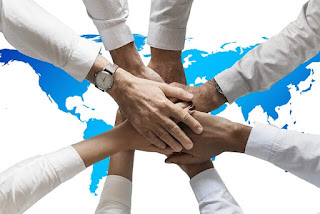 Spencer maintained that human society has been gradually progressing towards a better stage . In the stage of militarism society was characterized by working groups and there was struggle for existence from this stage to the stage of differentiation and integration of parts.

This has been the modern theory among the various theories and the advocates of this theory L.T. Hobhouse and Max Weber who believed that there are certain socio-natural forces , which bring about social change . These forces and the circumstances determine the course of social change .

Weber stresses upon the religious influences as Hinduism and Buddhism on the life of Indians . Karl Marx argued of economic determinism and the basis of Social change . He said that , the material conditions of life was the determining factor in bringing about Social change .

He interpreted entire Human History  in economic terms and stages , which according to him are predictable . According to him the philosophy , politics , culture , literature and social life of a nation are determined by the system of production , distribution and consumption .

But the both the views of Weber and Marx have been criticized by scholars who held that the theory of economic determinism of Marx contains a great element of truth but not the whole truth .

Economic factors do influence the course of history but those are not the sole factors, there are other social and cultural factors which  also play an important role in the progress of Social change .

P. Sorokin on the other hand criticized religious determinism as the forces of Social change . According to his point of view  If all social institutions change under the influence of the changes in religion when, why and  how does religions change itself ?

Answering to the question he says that, change is caused by the interaction of the various parts of a culture . It is not caused only by economic factors but largely automatic in nature.

According to this theory, Social change can be brought about by means of conscious and systematic efforts . Lester F. Ward supporting this theory says that , progress can be achieved by means of purposive effort or conscious planning. Education , knowledge and planning are essential for change. Control of reason and utilization of rational elements are essential for the progress of the society . 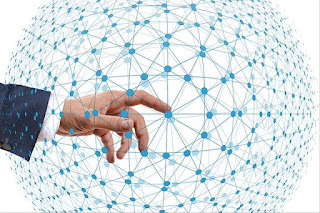 Thus there are different theories of Social change and we can’t claim which theory is the best among of them .