Development is the upward movement of the entire social system that refers to people, to countries and to economic strategies. It was a paradigm shift in the true sense of term. The issue of development has been central in social sciences discourses for a long time.

But today, Development is used in a wider context. It is used as a reason of the state legitimizer of regimes, a power relation and above all the philosophy and ideology of the state. Correspondently, there came a spate of “Development theories”, formation of development.

Communities and inaugurations of development epochs or decades. However there was something more conspicuous than many other aspects of development. It was related to the use of development for peace and for establishing global hegemony.

The developed countries mostly from the group of former colonizers also known as the “North” succeeded in constructing and defining development in a particular way within the limits of certain parameters and there after tried to judge all the other countries and communities through a single yardstick.

Countries and communities tat failed to qualify in accordance to norms outlined in the yardstick were subjected to various types of manipulations and man oeuvres. Most often these interventions were against the history, culture and popular will of the people. One such yardstick is the concept and idea of “Human Development. 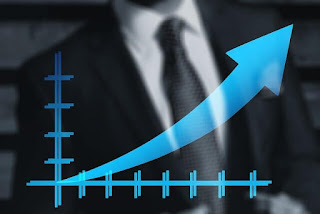 Human Development not only aim at creating conductive environment for the people; to develop their full potential and to have a reasonable chance of leading productive and creative lives in accord with their needs and interests but also a dynamic process which applied to both the developed and the developing countries to increase Human capabilities such as improved health and knowledge, to know their freedom and express choices.
So Human Development is taken-:
“As a process of enlarging the range of people’s choices-increasing their opportunities for education, health care, income and employment and covering the full range of human choices from a sound physical environment to economic and political freedom.”

“This report is about people-and about how development enlarges their choices. It is about more than GDP growth, more than income and wealth and more than producing commodities and accumulating capital. A person’s access to income may be one of the choice, but it is not the sum total of human behavior.” 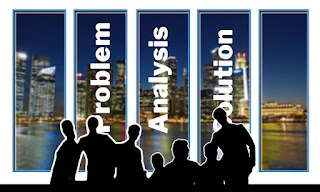 “Human Development is a process of enlarging people’s choices. The most critical of these wide-ranging choices are to live a long and healthy life, to be educated and to have access to resources needed for a decent standard of living. Additional choices include political freedom, guaranteed human rights and personal self-respect.”

Various scholars tried to evolve various approaches to conceptualized and define human development at various time in the past. Such as

To describe human approach we can say that, wealth or income of a person or of a nation is not only a good indicator of there range of choices they can exercise but  also of the realm of freedom and possibilities. Wealth is not only an asset in the hands of a person but it is also the totality of his being in a system where ‘having determines ones’ being’.
This is perhaps one of the simplest and once upon a time widely used approach measuring human development. According to this approach the total (Gross/Net) produce of the country is converted into money value and divided by the total population of the country. A higher per capita income indicate a higher level of human development.
2.HUMAN CAPITAL FORMATION APPROACH :
Human capital formation is also known as human resources development approach. It mostly looks at human beings as means rather than as ends. It is mainly concerned with the supply side and consider human beings as instruments in extending the expended commodity production.
Once again there is no denial of the fact that it is mainly human ability to produce that distinguishes them from rest of the species in the animal kingdom but this is a very narrow view of human productive potentials.
Apart from commodity production human beings are also creates of there own history which is not only an uniqe but a most significant feat as far as realization of human worth is concerned.
3.HUMAN WELFARE APPROACH :
Human welfare approach has gained popularity with the maturity of the modern welfare states. It looks at human beings more as the beneficiary of development rather than participants in the process. At a glance this approach appears to be in the interest of general well-being and common good.
But a critical insight into the structural logic revels that various welfare measures carried out by the different states world over are prompted under the compulsion of gaining legitimacy and consent from the masses. It was primarily in the aftermath of the French Revolution when there occured a paradigm shift in the nature of social power.
It was followed by a shift in the source of legitimacy from the almighty to common man, which in turn was accompanied by a shift in the nature of class rule. Educational and health facilities given by many states world over in the name of welfare measure are the best examples of exercising structural control and govern-mentality.
4.BASIC MINIMUM NEED APPROACH :
This one of the important and also rigorously debated approaches which is proposed by International Labour Organization (ILO) as a measure of adequacy of a development process. ILO has identified 6 basic needs namely health, education, food, water supply, sanitation and housing.
It basically concentrates on the bundle of goods ,commodities and services that the deprived population groups needs rather than the issue of choices. It is because of such crash existential approach towards such a sensitive and human issue like human development that this has been criticized.

At the world level the United Nation Development Program (UNDP) was the apex body to prepare a human development report for all the countries. It was felt that measuring the progress of various countries s on the basis of single criteriol i.e. GNP has too many limitation to be used as the basis of comparison. The 1990 report was the first endeavor in this direction. This report identify 3 indicators of human life 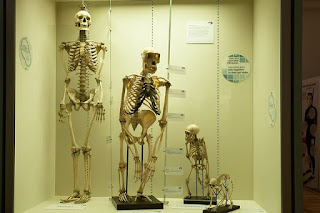 Life expectancy at birth is the indicator of the measuring of longevity. The theoretical justification provided for selecting life expectancy lies in a common belief that human life is the most precious and long life is priceless amongst all human achievements. It is both the means as well as the end. Long life is closely associated with adequate nutrition, good health and personal safety.
2.Knowledge :
“Knowledge is power” is an old saying. Literacy is a persons first step in learning and knowledge building. Therefore a literate person has greater access to power that an illiterate. Moreover the importance of literacy has been  enhanced in the age of information technology because it no more consider an achievement of an individual but the basis of one’s existence.
3.Decent living standard :
It is an accepted fact that command over resources is a must for a decent living but it is one of the most difficult to measure. The ridily available indicator is per capita income. But it has wide national coverage and variations along with many other serious anomalies.
Therefore, using purchasing power-adjusted real GDP per capita provides better approximation of the relative power to buy commodities and to gain command over resources for a decent living standard.

India has a well developed statistical system. Thanks to the colonial govern-mentality, in our country there are lot of agencies that have been collecting information and data on various aspects of our economy, polity, environment and resources etc over a long period of time.
There are most prominent agencies like National Population Census, National Family and Health Survey, Sample Registration System, National Sample Survey etc in India. It was however realized that though these agencies are contributing significantly in obtaining information on different aspects, the information’s lacks coordination and is not directly related to each other as far as data generation is concerned. 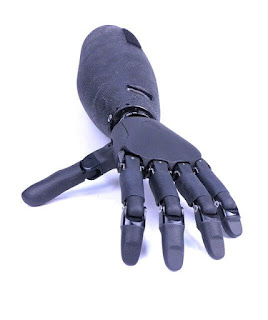 Now a days we have human development report published every year at national level. The exercise has become so popular among  the planners and scholars that some of the measure states like Maharashtra, Madhya Pradesh, Karnataka, Rajasthan etc. have also prepared human development reports for the respective states.
It is interesting to note that the unit of analysis in this case are the Districts. An important aspect of these reports is that they tried to incorporate India and state specific indicators for preparing the report. For example The Maharashtra state report has taken following indicators

The information obtained is used to classify different district on the basis of the HDI, which in turn, is used to guide various policy options of the state and central Govt.