At early stage of creation of the world it was as like as a lave ball or fire ball having no surfaces. It was too hot that it needed to get cool for making a thin lyre over it.
The earth took thousands of years to get cooler. After that, The cooler earth was ready to get a surface. After gating too hot to too cold helped earth to form a thin crust around its surface. The crust was like a thin lyre on the Earth made with volcanic eruption.
When the hard crust got cooled some deep crevice and deep hole created. When our atmosphere was completely formed it helped to create rainfall. Due to this continuous rainfall process it continued to rain for several thousands of year. Lower deep area became sea and oceans. But the land forms of the earth or crust took several faces such as Mountains, hills ,plateau 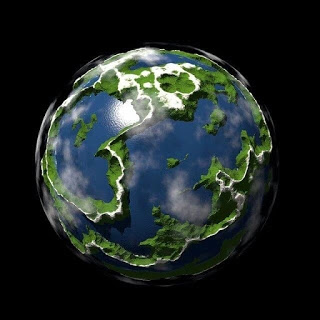 and coastlines and many more.

The word Geo-morphology means a lot that it shows in a single word. If we break this word into 3 different parts than we can find that ‘Geo’ means ‘earth’,’Morphe’ means-‘form’ and ‘logy’ means ‘study’. Together its create sense that is study about the different forms of the earth. Sometimes Geo-morphology also  included other planets study.

Who coined the word Geo-morphology ?

“The present is the key to the past” and from the past clue we can find the footprints to the  future. This golden rule also applicable in the case of morphology. Geo-morphology is study of desert , glacier, marine, valley, and other types of landscape as we discussed previously. From this study our scantiest found that our earth resume its movements till to the date.

Also our scientist guess that, where we see oceans now before some thousand years there was dry sand. That means desert land was ocean and ocean become dry as desert. Our earth changes its forms and gives us numerous challenges to go through to prove ourselves.

This challenging  of changing earth takes place through the process of plate tectonics,  earthquake, erosion, deposition of soil, wind and glaciers. The study of Geo-morphology is very important to know the changes and updates made by our earth. To know well about several process which causes of soil depositions, making the coastline areas, mountains, mines, marines etc.

It is very important for us to study about the earth and before some annihilated we can predict about that.

From the billion years back when our earth was young and forming with her little little progress like plate tectonics, volcanic eruption and rainfall many kind of land forms took their positions.

Some volcano are still activated position and same land became desert due to lack of rainfall. Some plate raised their neck they became mountains and some scared of changes and hide themselves in the water. Our land is processed by thousand times to get a proper shape.

To get its proper shape factors affecting to earth is glaciers, erosion, soil, wind and water wave .For our welfare we should know all these process and convert it into our plus point.

Why Geo-morphology is multi dimensional ?

As our earth contains numberless factors to lookout, how could we be just satisfied with a few. That why  Geo Morphology is a multi dimensional topic. Our earth’s skin have varieties like

In a limited area a landform raised much more than the normal land-form level. It is steeper than than a hill. Mountains forms due to tectonic forces or volcanism.

A large flated area of land. In this area the soil is not much more fertile. Plateau covers one third land of the earth.

In between mountains ranges there are some plains places that we call valleys. Sometimes they are commonly drained by several streams. Valleys are narrow. Worlds most deepest valley is Kali Gandaki River in Nepa. This dippest valley lyes between two 8000 Meter Himalayans peaks, Dhauligiri and Annapurna.

Commonly it is a landform under Geo-morphology. It is mostly seen in desert areas. When the wind blows in deserts like Sahara, Kalahari Dunes are form. These are very large in size and often dangerous. An area of Dune   where many dune are formed is known as dunes system. These kind of land formed with loose sand hill. These kind of sand is infertile and move with wind flow.

When water flows naturally in a particular way it is called a river. Commonly rivers flows towards the ocean. Sometimes unfortunately river can’t reach ocean and become dry, disappear on the ground. Rivers always flow from higher landscape area to down because of the force of the gravity and nature of water. Sometimes river are not larger as i common form they are called stream. The world’s Longest river is Nike and Largest river is Amazon.

Desert is a harsh condition to live with extremely hot and unsuitable climate. As desert is a landscape, receives very little precipitation less than 250 MM per year.1/3 of land on earth is desert. There are 4 types of desert such as follows

The two largest deserts on earth are on the polar areas. Camel, Scorpio, Side Winder snake, Many types of Lizard, coyote, peccary, Greater Roadrunner etc. animals found in desert. These animals are habituated to the condition and environment of the desert.

A piece of land smaller than continents and surrounded by water fully. Islands are found on Ocean, Seas Rivers and and also on Lakes. A group of Islands is called an Archipelago. Types of Island are

Mostly Islands are beautiful but dangerous as because of lack of water and Volcanic eruptions.

Plains are flat lands with some trees. Humans many animals and reptiles and many other are habituated to live on plains as because the advantages of water, land, food grains. Plains are mostly fertile. These landscape are mostly spreaded in a large area. This landscape is formed due to lava volcanoes many years ago. Soil erosion, air, wind flow, deposited are the factors to made plains. Types of plains are 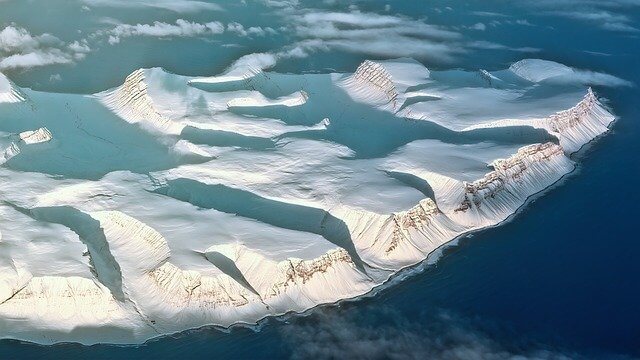 Glaciers are mostly made of tight ice. It flows with with its own weight. The most of the glaciers are found on polar region. Here are some Glaciers names are

Worlds 71% is covered by ocean. Ocean means a huge salt water body. The entire water of world is considered as one. But as Geographic regions the water body has divided into 7 parts such as
On the above we can see that basic land forms which we have discovered in our ways. But our earth is always have surprised for us. So how could our earth become a single dimensional .So study of Geo Morphology is a multi dimensional thing.
Post Views: 1