1.Which religion is the fourth largest religion of India ?
Ans-Sikhism
2.Sikhism developed in India during –
Ans-16th and 17th centuries
3.Who was the founder of Sikhism –
Ans-Guru Nanak
4.Where was Guru Nanak born –
Ans- Talwandi on April 15,1469 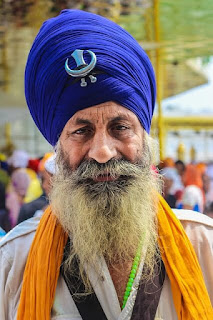