It has been said that life of a human being is a precious gift by God. Likewise death is the ultimate truth of life. Every human being has the right to live his own life. It  is a basic and natural right. Though death is certain and inevitable, suicide is not a feature of normal life. A man is a social animal.

As a member of society, he has duties towards himself, his family, peers and towards society at large. He cannot overlook his duties and end his life abruptly and abnormally. 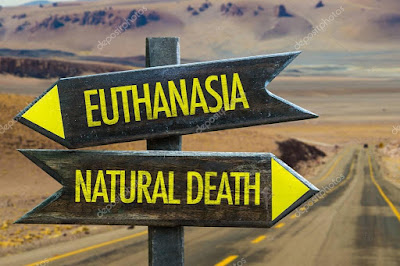 At the same time, however, where a person is terminally ill, miserably sick or is suffering from unbearable pains and living a slovenly life, it is improper as also inhumane to force him to live such kind of painful life and suffer agony. It is an insult towards the humanity.
A person may not be allowed to die with a view to avoid his social obligations but if he is unable to take care of himself due to the physical ailments or mental imbalances, he cannot be compelled to live a vegetative life. It would amount to cruelty not to allow him to die.
Right to live must mean right to live with human dignity. If one has right to live with dignity then one must have the right to die with dignity as well. One has the right to die a quality death to forfeit the unbearable pains and sufferings.

“Euthanasia” or “mercy killing” means causing or hastening of death particularly of a patient suffering from or undergoing incurable illness at his own request. Euthanasia  is introduced from the Greek word “Euthanasia” which means “easy death”.
That is why ,it is the practice of intentionally ending a life to relieve extreme pain and unbearable sufferings.
The term euthanasia is coined by the great historian Suetonius, who described the way king Augustus opted for quick death without suffering.

Euthanasia can be carried out either by taking actions, including giving a lethal injection, or by not doing what is necessary to keep the patient alive. In many Euthanasia cases, it is carried out at the person’s request but there are times when they may be too ill and the decision of death is made by the relatives, medics or in some special cases or the courts.

Distinction, however, must be drawn between suicidal deaths and mercy killing. The former is not permissible, but the latter permits the person’s agony to come to an end. They are not cases of extinguishing life voluntarily but of accelerating process of natural death which has already commenced. Allowing such a toilsome process would really result in the end of his dolorous excruciating.

The opinion that Euthanasia is morally permissible is traceable to Socrates and Plato. It is rejected at that time due to the traditional beliefs of many religions. After that the organized movement for legalization of Euthanasia commenced in England in 1935,when C. Killick Milland founded the  Voluntary Euthanasia Legalization Society.
Due to his strain in 1938 the Euthanasia Society of America was finally made. Some other organizations were made for the approval of Euthanasia such as-:
The World Federation of Rights to Die Societies (WFRTDS)
The Hemlock Society
The ‘right to die’ movement has two important and vital goals and they are discussed as follows ;
(i)Gain social and legal acceptance for Euthanasia by omission and action whether or not the patient has expressed a wish to die.
(ii)Legalize physician-assisted suicide.
The first two countries to legalize Euthanasia were The Netherlands in 2001 and Belgium in 2002.

COUNTRIES THAT MADE  EUTHANASIA LEGAL :

It is a process where a patient or person wants to die himself or request to die.It might be an act,in order to relieve the patient from suffering according to their request.

It occurs when a patient or person is unconscious or otherwise unable to make a meaningful choice of between living and dying (In case of young baby or a person of extremely low intelligence) and the appropriate person takes the ultimate decision on their behalf.

According to the involvement of a person or people  euthanasia is also divided into 2 types :

Active  euthanasia can be considered as murder. It is a process when death is brought about by an human act, like the patient is given an overdose of painkillers or lethal injection.

In Passive Euthanasia a person or people don’t take  directly the patients life. They leave them patient to die himself by withdrawing treatment (like switching of a machine that keep the person alive) or withholding treatment(not carrying out surgery that will extend life for a short period). 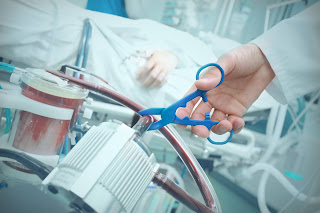 More over passive Euthanasia is taken as less bad than active euthanasia. That is why it is legal in some countries and gaining more approval from other countries as well.

Life is the surpass donation to mankind by God. No man don’t have the control over their birth and death. As India is a secular country so every religion situated in India have got their own importance. According to every religion  suicide is the biggest crime a man can ever do.

Euthanasia had not given approval in India as because in this condition a man can hug its death by the approval by himself of other. In India Euthanasia considered almost as a crime. Section 309 of the Indian penal court (IPC) deals with the attempt to commit suicide and section 306 deals with the abetment of suicide both the actions and punishable. But in some special cases such as who are brain dead can be taken off life support with the family member.

Likewise article 21 of Indian constitution lies at the sole of the constitution as it gives its citizens not only “right to life” but also “right to personal Liberty”. It also deals with “right to live with human dignity”. So the article 21 provides all its people live a life with proper dignity.

This proper dignity includes  adequate nutrition, clothing and shelter over human head and give facilities for reading writing and expressing oneself and moving expands the socialization process with fellow human being.

But as Euthanasia is an unnatural death there are some conflicting questions arise such as :

➤Would the patient had live ?

➤Are there any irreparable desire left ?

➤Is it his actual lifeline ?

➤Was it reasonable to kill him without his permission ?

Du e to this type of logical questions, Euthanasia had not got approval in India till  the tragic case of Aruna Ramchandra Shanbaug. After the case passive euthanasia got approved by the Supreme court of India on 9th March 2018 by means of the withdrawal of life support of patient in a permanent vegetative state.

Aruna Ramchandra Shanboug born on 1st June 1948 was a nurse who worked at King Edwards Memorial Hospital(KEM) in Mumbai. At the age of 25 in 1973,she was sexually assaulted by a ward boy named Sohanlal Bhartha Walmiki,of the same hospital.

During this period she was engaged to a doctor of the same hospital and about to start her new journey of life. Unfortunately she was attacked by Sohanlal while changing clothes in the hospital basement. He choked her with a dog chain, raped her and stole the ornaments.

This inhuman activity cut off oxygen supply to her brain, resulting in a brain stem contusion, cervical cord injury, cortical blindness and deafness. Next morning she was found by a cleaner at the hospital site. She also admitted at the same hospital and spend 42 years of distressful period of time there.

It was the nurses there who took care of her for such a long time. They also move forward to a strike for the betterment of the staff members and nurses with better working condition and provide Aruna Shanboug necessary facilities to improve the condition of the patient.

The nurses were quite happy to look after to Shanboug. As Aruna Shanboug was in coma but she was able to move a little hand and leg move, day by day her body became more critical. But spending 37 years in such a miserable condition Pinky Virani(journalist, activist) filed a plea in 2010 to give Euthanasia to Aruna Shanboug that could be brought to and end of her life by the withdrawal of medical support.

Her viewpoint was, Aruna had the choice to die with dignity rather than living a suffering life. But her plea turned down as Aruna was not brain dead, but the apex court laid down stringent guidelines under which passive Euthanasia would be legally allowed to Aruna Shanboug at the will of the nurses(next friend) who were dedicated their serving, to make the ultimate decision.

A BITTER CONCLUSION ABOUT THE CULPRIT :

【The harum-scarum culprit Walmiki was imprisoned only for 7 years later it reduced to 6 years, as he was locked one year during the hearing of the case only for stealing ornaments but not for rape charges due to some reasons. It is also said that he lived a happy life by shifting to U.P(Uttar Pradesh) and converting his identity. He  also claimed that he didn’t raped Aruna Shanboug.】 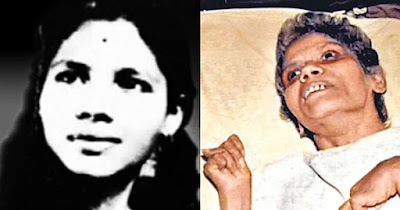 A few days before her death, Aruna was diagnosed with pneumonia. She was moved to the Medical Intensive Care Unit (MICU) and put on a ventilator. In 18th May 2015 she died of a Cardiac arrest brought by pneumonia and all the funeral act was done by the nurses and other staff members of the hospital.

But the finale judgement yet far to come to an end. While hearing a PIL filed by NGO, Common Cause on 25th Feb 2014 ,A three-judge bench of the SC of India said that the prior opinion in the Aruna Shanboug case was based on a wrong interpretation of the constitution Bench’s opinion in Gian Kaur V. state of Punjab. Somewhere this judgement had some chunk so that the court referred the issue to the larger Constitution Bench for resolution.
Then in 2017 a five-Judge Constitution Bench laid by CJI Dipak Mishra hears argument and reserves the verdict. Then finally in 9th March 2018 Supreme Court recognizes “Living will” made by terminally ill patients for passive Euthanasia and lays down with appropriate guidelines on procedures to be adopted for it. It was the  historical decision taken by The Indian Judiciary for the Passive Euthanasia.
Post Views: 9