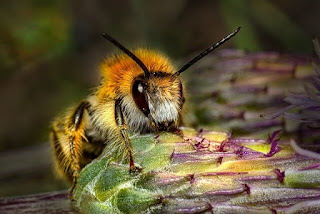 In simple words transfer of pollen grains from one to another stigma is known as Pollination.
TYPES OF POLLINATION :
Pollination is classified into two types such as :-

The transfer of pollen grains from the anther to the stigma of the same flower or of another flower  borne by  same plant, is known as self Pollination.
According to self Pollination there  are two following categories

The transfer of pollen grains from anther of a flower to the stigma of same flower is known as Autogamy.
Autogamy involves only one flower.
For autogamy , it is necessary that both anther and stigma mature at the same time.

In this process the pollen grains are deposited from anther of a flower to stigma of another flower borne on  same plant.
Thus Geitonogamy involves two different flowers but these belong to the same parent plant.

In some plants stamens and carpels of a flower mature at the same time .Therefore, pollen grains of a flower can easily pollinated the stigma of the same flower.
Example-Mirabilis, eartheranthus, roseus, gardenia, potato, wheat.

Generally ,the flower open when mature and expose their anthers and stigma to the environment.
Such flowers are known as Chasmogamous.
However, some flowers don’t open even at mature they are called clestogamous.
These flowers are forced to undergo self Pollination  and are not dependent on Pollinators.
Clestogamy is shown by the underground flowers commelian benghalensis, omalisacetosella, viola and mirabilis etc.
Such plants, Bearing both chasmogamous and cleitogamous flower are called Chasmoleistogamous.

Advantages and Disadvantages of Self-Pollination :-

First we will discuss about the advantages of Self-Pollination.
(I)Self-Pollination is not dependent on  any external agency to deliver the pollen, hence there are less chances of failure of  Pollination.
(II)Since there is almost no wastage of pollen grains ,hence plants need not to produce pollen in large quantity.
(III)Flower need not to be large ,attractive and scented.
(IV)Self-Pollination maintains purity of the species for identify period of time, as there is no mixing of characters. 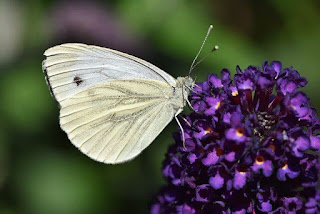 Agents and Types of Cross-Pollination :-

There are mainly two groups of agents in Cross Pollination. They are as follows :-
(I)Biotic Agents –
(II)Abiotic Agents-
Biotic Agents :-
Biotic Agents includes animals of different types such as insects, bats, birds and snails.

Pollination by insects is known as Entomophily. The common groups of insects bringing about Pollination include Bees, Flies, Wasps, Drones, Moths, Butterflies etc. About 80% of insect pollination is done by bees. Insect pollinated flowers develops certain adaptions to attract insects these are  :-

(a)large sized flowers
(b)bright colored petals
(c)Scent and odour
(d)Edible pollen
(e)Edible sap
(f)Special nectar secreting glands
(g)Special mechanism
2. Ornithophily:-
In Ornithophily the pollen grains are deposited from anther to stigma by birds. There are only a few bird pollinated flowers .In this flowers androecium and parts of gynoecium are often introduced out of the corolla tube.
A large amount of nectar is also produced by these flowers. Majority of such flowers are visited by birds by sucking their nectar.
Humming bird and the honey thrushes feed on nectar of flower of Bignonia Capreolata. Plants like Bonbx(Silk cotton tree, semal) Erythrina(Coral tree),Callistemon (Bottle brush) etc. pollinated by crows and mynas.
3. Cheirotteriphily:-
Here the pollination of flowers are done by bats. Commonly this type of pollination occurs in plants growing in tropical region. Cheiroteriphilous are large in size ,having long pedicels and produce large amount of nectar.
These type of  flowers usually open at night and emit scent. The bats visit several flowers to collect nectar. During collecting nectar they also transfer pollen grains from flower to flower.
Example of bat pollinated flowers are Anthocephalus cabamba(Kadam), Kigelia africana (sausagatree: jharfanoos)
4. Malacophily:-
Here are the pollinating agents are snails and slugs. Land plants like lemna show malacophily. Arisaema(aroid, snake plant) is the example of malacophily.

In abiotic agents the pollen grains are transfer from anther to stigma by wind  and water.
1.Anemophily:-
In anemophily the pollen grains are transferred from anther to stigma by wind. Wind pollinated or anemophilous flowers are small in size and inconspicuous. These are not showy and are devoid of scent, nectar etc.
However ,flowers of such plants produce a large amount of pollen grains which are often dry, small and light in weight. Pollen grains of some wind pollinated plants are winged. The style and stigma of Anemophilous flowers are  branched to catch the pollen grains which are  floating in the air.
2. Hydrophily:-
Pollination by water is known as hydrophily. Hydrophily is seen in angiospermic plants. Male flowers open and expose their stamen. The female plant bear female flower which develop single long and coiled stalk.
Water pollinator plants are not attractive and do not produce nectar. Pollen grains of several aquatic plants are long ribbon like and easily carried by water current with the stigma of female plant.

(a)Dicliny or Uni sexuality
These flowers are uni-sexual. Due to this Male flower possess only the stamens and female flowers possess only carpels.
(b)Self Sterility
In this condition pollen grains from the same flower or from any flower of the same strain does not have only effect on the stigma, this phenomenon is called self-sterility. Ex-Potato, Tobacco, Tea
(c)Dichogamy:-
This is the condition where stamens and carpels of a bisexual flower mature at different time. Hence, self pollination between them remains ineffective. Dichogamy maifesty itself in 2 ways.

In some flowers there is a physical barrier between anther and the style, and  prevents self-Pollination and called herkogamy.
(e)Heterostyly :-
Cross pollination is also promoted in plants in which length of style differs in individuals of the same species this condition is known as heterostyly. Example of heterostyly are Trimula, Fagopyrum, Lirum

So here is the basic features of pollination types of pollination for you. This information also includes a brief writing about pollinators and how they help to deliver pollen grains from anther to stigma.