WHY WERE SO MANY BATTLES FOUGHT AT PANIPATH ?(2020)

In Indian history, Panipath is well known as a battlefield as there were many battle fought. It is located in Haryana state and along the banks of Yamuna river. There are many reasons behind the question “Why were so many battles fought at Panipath.
Some main reasons explained below-: 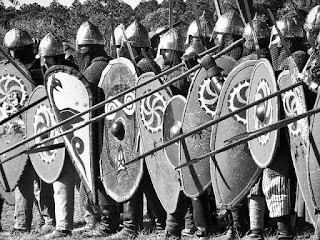 1.During the Sultanate period, Panipath was made the city where messengers for officials from the other states or countries who wished to meet the Sultan of Delhi, used to stay at Panipath during their visit. A Councilor was appointed at that area who give formal permissions and scheduled appointments at the medieval times.

2.Long ago, Panipath was like the entrance of Delhi for the visitors like Afghans and Persians. As well as it is also the entrance gate for the invaders who came from the Northern countries to attack and spread their kingdom over here.

3.The availability of most essential things that needed at the time of War was here; like proper suitable climate, Food and water etc. These things leads the attackers to fight here with such of avail things for their soldiers. It was a place where the soldiers from both sides find food and water to survive the battle.

4.From the military point of view there are other technical consideration like tactics of defense, attack, advance, envelopment, tactical retreats etc. also available here. So, War in this place is quite acceptable.

5. Panipath is a vast plain ground area where it is convenient to fight a great war with large number of  artillery(heavy guns that are moved on wheels),cavalry(army that were fought on horse) and infantry(soldiers who fought on foot).It is also acceptable that as Panipath is a plain area, so the amount of loss of property of kingdom was lower here, that might be property loss or people loss.

1.According to Indian Mythology, The Kurukshetra war of Mahabharat was fought on the land of Kurukshetra which is 73 km away from Panipath. This war was fought here to reduce the loss of people and property of the kingdom.

2.The Battle of Thanesar which was fought in 1567 AD was 78 km away from Panipath in which the result was the expulsion of two rival groups of Sanyasis from the encampment of the Mughal Emperor Akbar.

3.The Battle of Tarrain which was fought in between Prithviraj Chauhan and Muhammad Ghori was also 86 km away from Panipath in 1191 and 1192 AD.

4.The First Battle of Panipath was fought in between the invading forces of Mughal king Babur and Ibrahim Lodhi on 21st April 1526 AD. It was the earliest battle in which gunpowder firearms and field artillery were used. At the end of the battle Babur won surprisingly even with his small amount of army. 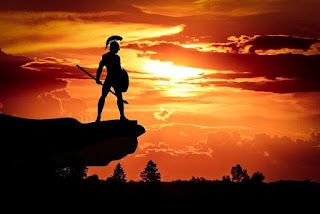 5.The Second Battle of Panipath was took place in 5th November 1556 in between Samrat Hem Chandra Vikramaditya, famous as Hemu and Mughal Emperor Akbar at Panipath. At the end of the war Hemu found dead and it empowers Akbar strongly.


6.The 3rd Battle of Panipath was fought in 14th January 1761 AD in between The Maratha Empire and a coalition of the king of Afghanistan, Ahmad Shah Durrani with two Indian Muslim allies-the Rohilla Afghans of the Doab and nawab of Oudh Shuja-ud-Daula.The Third Battle of Panipath lasted for several days and involved over 1,25,000 troops. Both side of the battle were much affected for the dangerous war. The forces led by Ahmad Shah Durrani came out victorious by defeating  several Maratha flanks.