Soil is a very familiar word to us in our day to day life. We walk on it we touch it we dig and sow the seeds for new plant. Soil is around us and spread everywhere. But it is not available in same size, colour everywhere.

Soil differs from one place to another place. Its fertility also differs from other places. So there is a very simple question arise in our mind that what is soil in simple words.
In simple words  Soil is like a skin to the earth which covered the whole earth. Soil is also a combination of various types of minerals ,micro organism and fossils.
Billions of bacteria, virus, worms, germs and insects live in it. This is the home of millions reptiles, insects, mouse and small animals. In other way it’s particles are dainty. Soil is a deposits of sediments.

Another definition to Soil that is a balanced combination of clay, silt and sand. Though it differs from each other but different types of Soil create different kind of habitat.

But all soil type is worthy to live. As soil have different size particles some are as big as we can see it in our naked eyes and some are so small that we can’t feel it by touching.
Soil contains rock, minerals, humus itself which makes it fertile. Fertility power of the Soil helps the plant, crops, creepers to grow. By this power of the Soil the whole planet is alive.

WHAT ARE THE 4 TYPES OF SOIL ?

First of all we should  fit it in mind that sandy soil is the sand form of the soil. This is the best answer to the question what is sandy soil. Usually we found that soil having moisture, mud shade and when we touch it it leave dirt in our fingers is considered as soil category.
But Sandy soil is one of the soil type having big particles of silt. Its particle is more than 2 MM in diameter .As to the comparison with the particles of clay soil and silt soil its particles are too larger. We can see it  with naked eyes.

The water containing power of this kind of soil is very low rather than other soil types. It drains water very quickly. The Sandy soil is the composition of Silica which is low in nutrient element. So Sandy soil is a good option for farming at all. It have not the fertile power to grow crops. 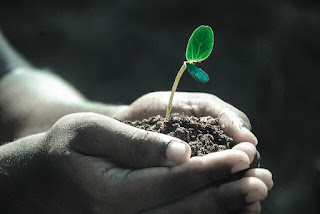 But Coconut tree, palm tree are the best options of this soil. We can largely find this kind of soil in the beach. It is the mixture of 35% of sand and less than 15% of silt and clay. Although it is not suitable for farming but very useful for works like

and many more. Sandy soil is also known as “LIGHT SOIL”

If we are in the search of the answer of what is Silt soil then the perfect answer will be  that silt is the sediment of  water flow, wind flow, ice and flood deposits. It has smaller particles than sandy soil particles. Silt soil particles have the diameter of <0.005 CM or 0.002 Inches.
It is found in soil  along with other sediments like clay, sand, gravel. When we add water to it become slippery. We can not see it’s particles with our naked eyes.

If you need another answer for the question of what is silt soil ? Then the answer will be that soil which contains 80% of silt is called as the silt soil. Silt soil particles mixed and grains with each other very well and create muddy shade. When we compare the silt to clay and sand ,it is neither big than sand nor small as clay particles. This soil category just stand between these two.

WHAT ARE THE EXAMPLES OF SILT SOIL ?

According to the 4 types of soil it is clear that the soil having more than 80% of silt is called silt soil. The best example of silt soil is the river banks, bays and other water bodies. As it is the deposits of sediment of water. Silt soil is fertile and can be use in growing crops .

As we can find this on the river banks we can also find water sources easily near it. Studies have proved that it is useful to release nutrients. Though it is useful for farming. Crops, creepers and plants grow in this type of soil.

WHERE CAN I FIND SILT SOIL ?

The best answer for this question where can i find silt soil is near the river banks and bays and also near every water bodies(lakes, ponds etc).This soil is basically used for agriculture. 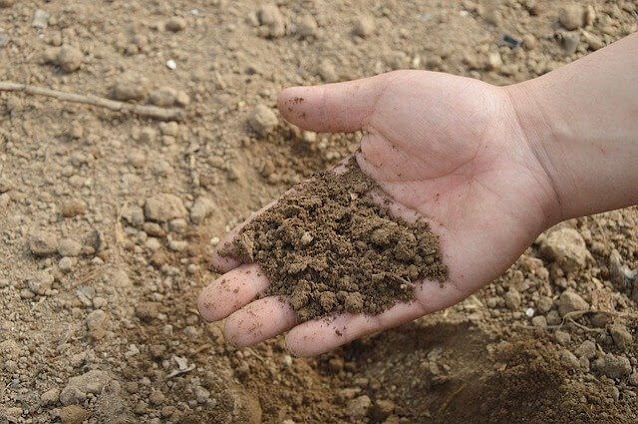 In the silt soil it is easier to grow DHAN(rice),vegetables and also beneficial for creepers to grow. The particles of this soil joined tightly so it prevents water circulation  which creates problems for some plants.

WHAT IS THE COLOUR OF CLAY SOIL ?

As other soils it has its own characteristics .In accordance to it is available in different colours. The colour of this soil is depend upon the geographical situation. So it can be white, grey or brown to deep orange or red. It is the composition of minerals and suitable for agriculture.
It contains potash but are deficient in phosphate. It holds on moisture and nutrients .As it is hard when it is dry it become difficult to dig and plantation. Plant roots deprived from oxygen in clay soil. In simple words clay soil is swell after wet and shrink when dried.
Post Views: 3