Nationalism has been called as the religion of 19th and 20th century. As a way of thinking about the world, Nationalism emphasizes the importance of nations in explaining historical developments and analyzing contemporary politics and also claims that ‘national character’ id s pervasive factor differentiating human beings.

Nationalism assumes that all human beings should have one nationality which should be their primary factor of identity and loyalty to the nation. As a doctrine of universal applicability, nationalism claims that every person of a nation should have their highest loyalty towards the nation. During the last two hundred years, nationalism has combined with the ideologies of liberalism, socialism and communism. 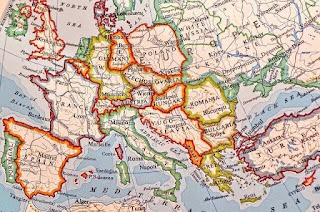 Nationalism has two aspects such as i. the political character of nationalism as an ideology defending the nation that the state and the nation should be congruent and ii. its capacity to be a provider of identity for individuals conscious of forming a group based upon common past and culture, attachment to a concrete territory.
To know about the meaning of Nationalism we should know about some main definition such as
To the theory of Hans kohn “Nationalism is striving to correspond to a political fact .”
In accordance to Karl Marx “Nationalism is a socio-economic construction created after the collapse of the feudal system which was utilized to create the capitalist economic system.
We must keep certain things in mind before studying the concept of Nationalism before studying it such as ;

1.Nationalism is a sentiment that has to do with attachment to a homeland, a common language, ideals, values and traditions,  identifying a particular group which symbols such as flag, songs which defines it as ‘different from other countries. This type of attachment creates an identity and the appeal to that identity has a past and the power to mobilize the people.

2.How a sentiment of attachment to a homeland and common culture can be transferred into a political demand to create a proper state; how is it possible to make this transition ?A theory of Nationalism has to deal questions such as :how does Nationalism  use and legitimize the use of violence in its quest for the creation of state ?

3.The most important feature of Nationalism  is its capacity to bring together people from different social and cultural levels. Nationalism is not merely an invention of ruling classes to maintain the unconditional loyalty of the masses but also making them believe that they have much in common that is more important than we separates them. This is the one of the basic factors in trying to understand the persistence of Nationalism.

What are the features of Nationalism ?

The term Nationalism which took place in between 15th to 18th centuries. The rise of Nationalism was preceded by a rise in the national consciousness and differentiation of nationalities.