WHAT IS THE AMERICAN CIVIL WAR ?

As every state has its own history to tell, like that, America also has a history to tell. A terrifying battle field history. There are many causes that encourages the war to be held. Besides all of the reasons war is a war ,it takes much and gives a little to be happy.
But when a public movement become a war it gives much more to the fore holder, less to the struggler. So here we come to know that what is American civil war. 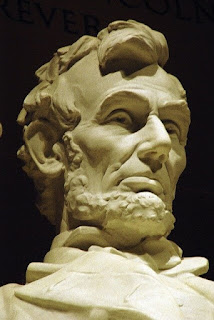 In simple words we can say that the war between united states of America and confederate states is known as the American civil war. The war was fought between the two geographical location of America.

The main causes of the war was the slavery system in the southern America. Northern American people was in the support of abolishment of slavery system, but as total economic of northern America stat  was upon to the slavery.
so, they were total against of it. They also said that there was nothing wrong with the slavery system. Although in real ,slavery is the worst inhuman activity.
When Abraham Lincoln become the President of US some Northern states came apart and begun the war against the United states of America on 14th April 1861.Several wars were fought between these two unions under the name of CIVIL WAR OF AMERICA. 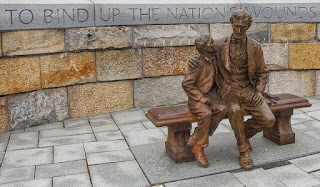 HOW ABRAHAM LINCOLN WAS RELATED TO CIVIL WAR ?

In American history Lincoln’s direct relation to civil war was vividly described. In history we can see that selves were imported from Africa to work in southern America for cotton plantation. Whole economy of southern America was depended upon the cotton plantation or on the slavery system.
In slavery system once a owner own a slave ,he had the direct right on him. Own could do anything to him. There was no right of a slave. Slaves worked for hours and days without any payment.
If a slave made any kind of mistake ,he was punished with hunter. It was very strange that no one from the congress representative stand against this slavery system. 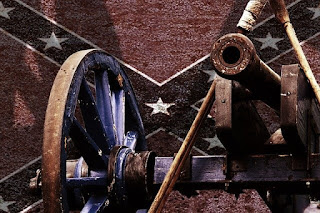 Man, woman and children were slaughtered for slavery openly. Because of single party system there was no one in support of slaves. After time there were several compromises made ,that southern part was slave state and northern part was totally free from this curse.
But the war situation was raised from the violation of those compromise. From the violation of Kansas and Nebraska to the violation of the Missouri alignment the anti slavery movement was started. This movement was like a fire of jungle and soon spread to other states. Yet some other wood was to be added.
From this hatred in the year of 1854 the Republican party was born. Abraham Lincoln was the 1st leader of this party. In this time period supreme court of America made controversial statement against the slaves. This was enough for the revolution. From here Abraham Lincoln had a great role to play. As he was a lawyer ,he had a great sense on how to talk with great wordings in crucial situations.
By this he slowly slowly went further for abolishment of slavery. Abraham Lincoln never said directly to abolish the slavery till the perfect time. He made his campaign and debt for the abolishment of slavery system. But the other leader was known that if Lincoln elected as the president he must abolish the system. In 1860 another party raised named as Anti Slavery Party.

One of the leader of Republican party JAMES BROWN said that “Give weapons to slaves, so ,that they came free themselves. “From this statement this moment convert into a military conflict.
After the news of Abraham Lincoln’s won of  presidency on 20th December South Carolina secedes from the union states of America. Then on 4th February again 7 states including TEXAS,MISSOURI,GEORGIA,SOUTH CAROLINA  and Florida get apart from the US  and made another union named Confederate States of America(CSA).
After all of this there was a state of peace ,but in heart of CSA revenge was still there. The first shot were fired at fort Sumter off the coast of Charleston, South Carolina on 14th April 1861.
Confederate union attacked the union fort and captured it. The war had begun now. Abraham Lincoln himself joined the military and fought with soldiers to encouraged the army.

WHY WAS ABRAHAM LINCOLN A GOOD LEADER DURING THE CIVIL WAR ?

In his presidency Lincoln faced many challenges in both political and in military field. In both field he had to work hard. He had to manage present situation and as a commander-in-chief and had to save a better future for his citizens.

He ordered the suspension of constitutionally protected right to habeas corpus in the state of Maryland. Under his presidency several battle were fought and one of the most important was the famous battle of Gettysburg. After which Lincoln delivered his historic Gettysburg address.
Then he settled Ulysses S. Grant as his general and he won the battle finally. In the year of 1863  Lincoln’s Emancipation proclamation freed about 20000 slaves in
This was the most historic decision made by Abraham Lincoln. After the war he reconstructed the state. This reconstruction work was lasted for 12 year. But there were some important amendment made in the constitution of America as followed:-


There is no doubt that he was a very good man having well manners, a responsible president to its citizens. A good husband and a worrier who won the freedom for who, were needy.

2 thoughts on “WHAT IS AMERICAN CIVIL WAR? HOW ABRAHAM LINCOLN RELATED TO the CIVIL WAR?”