Subhas Chandra Bose is known for his dedication for free India and truly a incredible gem of India. Despite of having a life which would be luxurious, he spent his entire life for the freedom of free India and  died on a mysterious way. 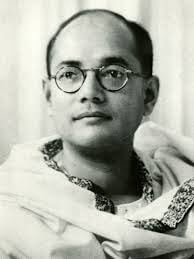 He was also influenced by Benito Mussolini, Mustafa Kamal pasa, Garibaldi and Lenin. When he was in presidency college a very unfortunate thing happen out there.
Prof C.F Weton who was against of India beaten during the presence of Subhas chandra Bose. In this incident Subhas Chandra Bose did not give out the name of attacker and also he did not proved that he was innocent.
For this, he was restricted from the college in 1916.After this he was admitted in Scottish Church College in Kolkata. In 1919 he left college when he was doing  degree in Philosophy. So, this was the Early life of Subhas Chandra Bose. In 1920 he got the 4th position in I.C.S examination. But he repudiate this honor and returned to India.

What was the political life of Subhas Chandra Bose ?

The political life of Subhas Chandra Bose actually started in the year of 1923 when he was joined in National Congress. He was ornamented the editor post of Bengal provincial committee.

In 1924 he was elected as the corporator of Calcutta. he was also elected both in Bengal provincial congress conference and All India Labor Congress.
Due to his endless courage he become very popular among the public of India .He did many revolution ,so the Britisher arrested Subhas chandra Bose in 1924.After one year he was transferred to a jail in Mandalay, Burma. He was elected as president in 1938 in Haripur National Congress.
In 1939 he was again the president of tripuri session. Although Mahatma Gandhi refused him to not to accept presidency at this session. After this session, due to the misunderstanding between him and Mahatma Gandhi, Subhash Chandra Bose left Indian National Congress.
After this incident Mr. Bose made a political party named as “Forward Block” in 3rd May,1939.

DEDICATIONS OF NETAJI FOR FREE INDIA

He was arrested on 2nd July 1940.In 1941  a very furious happening happened in the history of India .He renounced India for the freedom. He thought that freedom could be possible if he fights for freedom from outside of India. He followed the principle  that “ENEMY’S ENEMY IS OUR FRIEND”.

He realized that it was not possible to find freedom without the help of outsider. So, Subhas chandra Bose went for the help of Germany and Japan  who were against of British Raj. On 26th January 1941 he crossed the border of Afghanistan .After that in between the path of Soviet Russia he reached Berlin on 25th March 1941.

By the help of the  Govt. of Germany he established “FREE INDIA ARMY” in Berlin. Almost 20000 prisoner of war  contributed themselves in this. The Commanders of Germany trained the soldiers .The famous “JAY HIND”  slogan was used by the soldiers to encourage themselves.
In 1941 Subhas chandra Bose established “Azad hind”  wireless radio connection in Germany. In the year of 1942 on February 19 he diffused his first coincide wireless message .
After this he meet Hitler and compiled  the help for the freedom of India. As Germany was very far from India it was very difficult to stay connected. It was also difficult to keep the struggle .So, he put his eye on Japan. 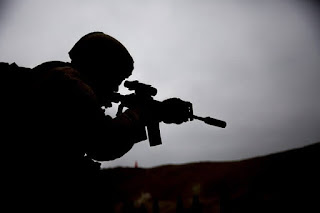 Indian nationalist Rash Behari Bose had made a association  in Japan. Captain Mohan Singh had taken the leadership of Indian national army .On 13th June 1943 Subhas chandra Bose arrived in Tokyo. After that he meet “HIDEKI TOJO” the prime minister of Japan .Due to the help of Tojo he made two radio station out there .

WHAT WAS SUBHAS CHANDRA BOSE’S IMPACT ?

On 6th November 1943 Netaji had already ceremonially took Andaman Nicobar island from the British rule and on 30th December he hoisted tricolor Indian flag. He named them as “SHAHEED” and “SWARAJ”. On April 1944 INA crossed Myanmar and entered in Manipur .

Then INA captured Kohima and also hoisted national flag of India. After that they forwarded to capture “Imphal”.

THE FAILURE OF INDIAN NATIONAL ARMY :

HOW DID SUBHAS CHANDRA BOSE DIE :

It is a very important crucial question for India. The actual reason behind “how did Subhas Chandra Bose die “has not clearly known yet. Most believed that on 18th August 1945 Subhas Chandra Bose died on a plane crash. He was going Tokyo. But many don’t believed it was the actual reason behind his death.
Subhas chandra Bose is always lauded for his aflame efficiency, gallantry and patriotism towards India. When the freedom agitation for India was withered at the time of World War II, the freedom fight of Subhas chandra Bose and the work of INA had given a new life to the freedom agitation.
Netaji is still alive in our hearts for his endless patriotism for India.
|| JAY HIND ||

This article may have some sponsored link. Which means if you buy anything through my link i will get a small amount of commission.
Post Views: 2