How was the earth created ?

“Earth “this term purely a Germanic word used approximately 1000 years back. This word refers to the meaning that is “The ground.” In our solar system Earth is the 5th largest planet. Till to the date Earth is the only one planet having life on it. But still we are unknown to the truth of the creation of the Universe and also our planet .Still it is a big question ‘how was the earth created’ in front of us. 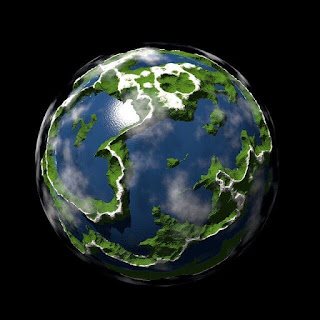 Scientist are still trying their best to find out this questions answer. It is because of exact truth is unknown to our scientist too. They are in the search of exact theory by which the countless stars, nebula and asteroid included. To discuss some of our scientist theory on how our earth was created we have to scroll down and down.

About 4.5 billions years ago after the blast in the universe, particles of that big thing started spreading all over the universe. Then the solar system come to its current layout.

It came to arrangement with other planets, moon, asteroid and also comets by gravitational force. Sun pulls astronomical objects with its powerful force .slowly they started orbiting sun.

In the case of earth and its formation it pulls astronomical objects towards with the power of  gravity and swirling gas and dust to become the 5th largest planet and serially the 3rd planet of solar system. Also we find that Big bang theory, core accretion and disk instability method gave some information about on how was the earth created.

But core accretion method is applied for small planet and in a debt in the cases of big or massive planets. Also the disk instability method purely not applicable for the answer.

We all know about the famous big bang theory and it knowledge about the creation of the universe When the earth was forming at its first stage it was not like a planet at all .From the features of a planet earth had nothing except the shape.

All of the planets of solar system  attracts gas, dust and rock and asteroids. These parts were joining with each other by the gravitational force. Gravity is a power which attracts the universal things towards it. By this process slowly slowly the earth was formed.
Before 4.5 billions years ago earth was ready in a shape of cab. But it was too hot for the creation of living organism. Life was not possible at all at this status of the earth. When our planet was ready it was full of volcanoes. Metals were available in its liquid form. Iron, copper and other metals started depositing in its center due to the gravitational force of our earth.

Earth got cooler years by years. Slowly slowly earth took billions years to become crust  from outside. But as to the other planet asteroids were belabored earth similarly. Asteroids never spared earth to break it. They hit our planet millions of time. For this our planet was very restive for billions of years looked alike to a igneous rock.

There was no oceans, no continents, and also there was no atmosphere. Then the process of falling asteroids from space slow down.

After all of this children of earth named magma and lava flows all over and gave a new shape to our beloved earth.
Post Views: 10