Of all the rights which are considered fundamental for the development of the personality of the individual, the rights to liberty or freedom happens to be the most essential, valued and important among all.
In fact without liberty; without the freedom to enjoy one’s rights, there can be no real right available to the people. For the fulfillment of all the other rights Liberty is must needed one and that is why it is the most cherished and loved right of the people. 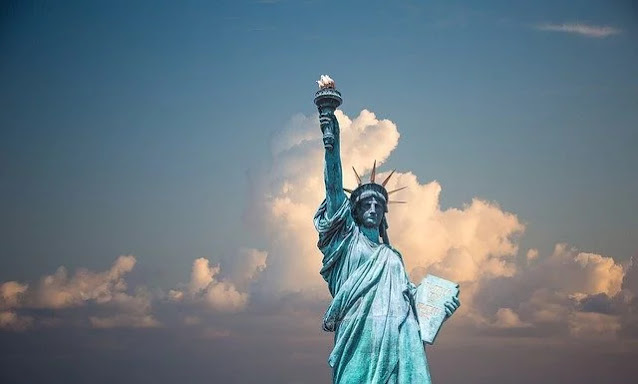 The word “Liberty” derived from the Latin word ‘Liber‘ which means ‘Free’. In this sense Liberty  means freedom from unusual restrictions and the freedom to act as one likes.
However, in a civil society such a meaning of Liberty  is taken to be negative and harmful. It is only in a jungle that freedom from restraints is available to animals. But in a civil society no person can be really permitted to act without restraints.
Therefore Liberty  is taken to mean the absence of not all restrains but only those restraints which are held to be irrational.

In its negative sense ,Liberty is taken to mean an absence of restraints. It means the freedom to act is anyway. In such a situation Liberty  becomes as an license. But such a meaning of Liberty  cannot be acceptable in a civil society. In contemporary times, negative conception of liberty is rejected.

In its positive sense ,Liberty  is taken to mean freedom under rational and logical restraints. It means Liberty  under the rational and necessary restraints imposed by law is approved.

These restraints are considered essential for ensuring the enjoyment of liberty by all people. In a civil society  only positive liberty can be available to the people.
So Liberty  is stands for two important thing :
1.Liberty is not the absence of restraints; it is the substitution of irrational restraints by rational ones. Liberty means absence of only irrational and arbitrary restraints and not all restraints.
2.Liberty  means equal and adequate opportunities for all to enjoy their rights.

According to G.D.H Cole, “Liberty  is the freedom of individual to express, without external hindrances, his personality.”
According to McKechnie, “Freedom is not the absence of all restraints but rather the substitute of rational ones for the irrational.”
In the words of Laski,” Liberty  is the existence of those conditions of social life without which no one can in general be at his best self. Liberty  is the eager  maintenance of that atmosphere in which men have the opportunity to be their best-selves.”

In contemporary times, the positive view of liberty stands fully and universally recognized as the real, accepted and productive view of Liberty.
The features of Liberty  as below :
1.Liberty  doesn’t mean the absence of all restraints.
2.Liberty  admits the presence of rational restraints and the absence of irrational restraints.
3.Liberty  postulate the existence of such conditions as can enable the people to enjoy their rights and develop their personalities.
4.Liberty  is not a license to do anything and everything, it means the freedom to do only those things which are considered worth-doing or worth-enjoying.
5.Liberty  is for all. It means the presence of adequate opportunities for all as can enable them to use their rights.
6.Liberty  is possible in a civil society and not in a state of nature or a ‘state of jungle’, State of anarchy can never be a state of Liberty.
7.In society Law is an essential condition of Liberty. Law provides the situation which is needed to enjoy our rights.
8.Liberty is the most fundamental of all the rights. Liberty  enjoys priority next only to the right to life.

There are 8 types of Liberty  which are explained below :

Traditionally the concept of Natural Liberty  has been very popular. Natural Liberty is taken to mean the enjoyment of unrestrained natural freedom. It is justified on the ground that since man is born free, he has the right to enjoy his freedom as he wills.

All restraints negate his freedom. The social contractualists  (Hobbes, Locke and Rousseau) championed the cause of natural liberty. Rousseau became famous for his words: “Man is born free ,but in chains everywhere.”

It is popularly believed that man has inherited the right to liberty from nature. Natural reason is basis of liberty.
However, the concept of natural is now considered to be an imaginary one. There can be no real freedom in a state of natural or a ‘JUNGLE SOCIETY. ‘Unrestrained freedom can create anarchy. It is only in an orderly society characterized by essential restrained based on laws and rules that real liberty can be possible.
Natural liberty can lead to a living based on the evil principle of ‘might is right or the ‘Rule of muscle power.’

The liberty which each individuals enjoys as a member of the society is called civil liberty. It is available to all the individuals. All enjoy equal freedom and rights in society. Civil liberty is not restrained liberty.

Laski defines economic liberty as freedom from the wants of tomorrow and availability of adequate opportunities for earning the livelihood. It stands for freedom from poverty, unemployment and the ability to enjoy at least three basic minimum needs-food ,clothing and shelter.

Laski writes “Economic liberty means security and opportunity to find reasonable significance in the earning of one’s daily bread. “Economic liberty can be enjoyed only when there is freedom hunger, starvation, destitution and unemployment .Positively ,it means the availability of the right to work and adequate opportunities for earning one’s livelihood.
Without fair economic liberty ,political liberty become meaningless. When the people are not free from the fear of hunger ,starvation and destitution they can never think of enjoying and freedoms.
The grant of economic liberty to the people demands the grants of right to work, right to reasonable wages, adequate opportunities for livelihood, right to rest and leisure and to economic security in the old age.

National liberty is another name for independence of the nation. It means complete freedom of the people of each state
I. To have a constitution of their own
II. To freely organize their own government
III. To freely adopt their policies and programs
IV. To pursue independence in relations with all countries of the world
V. Freedom from external control

It means the freedom to act according to one’s conscience. It stands for the liberty to work for securing moral self-perfection. Freedom to pursue moral values is moral freedom. Thus, when one demands the right liberty one really demands liberty ,in all these forms.

SOME ESSENTIAL SAFEGUARDS OF LIBERTY

All people want that liberty should be available to all in a proper way and in full in measure. For these purpose it is essential certain safeguard against violation of liberty must be adopted.

Only when the people are strongly in love with their liberty, that liberty can be really safeguarded. Liberty needs continuous attempts on the part of the people to defend their liberty.

3.Grant of equal rights to all:

For safeguarding liberty it is essential that there should be no class of privileged persons in society. Liberty can exist only when equal rights are granted and guaranteed to all the people without any discrimination. Grant of special privileges and rights to any class is always against the spirit of liberty.

However, grant of some special privileges to the deprived sections of society is deemed just and essential.

Establishment of  a democratic system is an essential safeguard of liberty. Both liberty and democracy are supplementary to each other. We can’t conceive democracy without the presence of the civil, economic, political and individual liberty. Likewise ,in the  absence of the right to freedom there can be no real democracy.

5.The rights of one should not be dependent upon the will of others:

Laski suggests that the state must ensure that rights and freedom of some people should not be dependent upon the will and happiness of others. The rulers and the ruled should be both under the rule of law.

For safeguarding Liberty, it is vital that the government should exercise unbiased and impartial control over every section of  society. It must acts as a responsible transparent and accountable government.

One of the key method of safeguarding Liberty is to incorporate a charter of fundamental rights and freedom in the constitution of a state. Along with it, judicial protection should be given to rights.

Judiciary should be assigned the responsibility to protect all rights and freedoms of the people. For discharging such an important function, the judiciary must be made independent and fully empowered.

Separation of powers should be secured between the legislative and executive. Judiciary should be totally separate from these two systems. Any kind of concentration or combination of these powers can be dangerous for the Liberty  of the people.

For safeguarding Liberty  against possible dictatorship/authoritarianism, it is important that decentralization of powers should be affected. The power of the Government, particularly its executive branch should be distributed among a number of organisations and these should be located at all the three levels of government such as local, provincial/regional and national.

All the people should be under the same laws and bound by same types of  obligations. No one should be above the Law.

Equitable and fairer distribution of income, wealth and resources and adequate opportunities for livelihood are essential safeguards of Liberty. Without economic equality, there can be no real enjoyment of Liberty.
Post Views: 3