1.Who was the founder of Marathas Empire ?
Ans- Sivaji 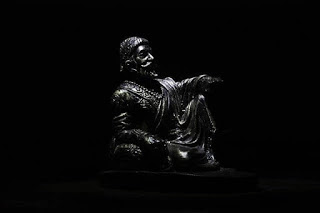 3.Where did  Sivaji was born ?
Ans-The hill fortress of Shivner

4.Who was The father of  Shivaji?
Ans-Shahji Bhosle

5.Who was the mother of  Sivaji ?
Ans-Jijabai

6.Who was the spiritual teacher of  Sivaji ?
Ans-Guru Ramdas

7. Who was the disciple of  Sivaji ?
Ans-Ramdas and Tukaram

9. Sivaji accepted the treaty  of Purandhar with Mughals in –
Ans-1565 AD

10.Who was send by Aurangzeb against  Sivaji ?
Ans-Jai Singh

11. Sivaji divided his kingdom into how many provinces ?
Ans-3  provinces

12.  Sivaji named his kingdom as-
Ans-Swaraj

13.What were the prime ministers called during Maratha age ?
Ans- Peshwa

14.What were the military commanders called during the Maratha age ?
Ans- Sar-i-Naubat(Senapati)

15.What were the account general called during Maratha age ?
Ans- Amartya (Majumbdar)

17.Who become the ruler of Marathas after  Sivaji ?
Ans-Sambhaji (son of Sivaji)

19. In which year Sambhaji was succeeded by Rajaram?
Ans-1689 AD

24.During whose rule Balaji viswanath was appointed as peshwas ?
Ans-Shau I

25.Who become Peshwa after the death of Balaji viswanath ?
Ans-Baji rao

29.Between whom and when the  3rd of  battle Panipath fought ?
Ans-Maratha and Ahmad Shah Abdali in 1761 AD

30.By whom the Marathas were defeated in the 3rd battle of panipath ?
Ans-Ahmad shah Abdali

34.Who was the last Maratha Peshwa?
Ans-Baji Rao II