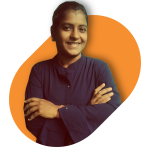 WHAT IS INDIAN MYTHOLOGY ?

Indian mythology is a supreme evidence-taker of its rich estate, which enriches it and makes it distinctive in the whole world. Indian mythology is literature, poetry and plays that tell elaborative stories, rituals and symbols of our culture and guide us throughout our entire life.

From the very beginning time all the mythological stories have been passed from generation to generation  by the words of mouth only. But after the creation of literature, it was carefully stored as scriptures.

To understand What is Indian Mythology, we should first understand the meaning of ‘myth’.

English dictionary would translate ‘myth‘ as something widely held, but false.
So, when people talk about Mythology, their mind assumes the things as false or something out of imagination. But after the change of 70s ,Mythology  stated as “SOMEONE’S TRUTH”.

The earliest reliable information about Indian dates to the time of creation of the RIG-VEDA(2000-1000 BC) containing hymns to the Vedic Gods.

The Mythology of the Vedic Aryans reveals their perfections of the universe  and the meaning of various forces and phenomena of nature, personified by humorous Gods of the RIG-VEDA.

No Mythology is firmed anchored to a shore immovable. It is like a deep sea where every wave has countless meaning and possibilities. It talks large Mythology  of controlling our mind and our desires to go ahead and lead strong lives.

No one deciphers the scriptures equally because the level of understanding of everyone is different. Everyone deciphers it in their own ways according to their own philosophies.
One important way can be to not take Mythology literally, the the logic behind it must be given importance.

Overall, Indian Mythology that not only consists the hygienic scriptures like THE RAMAYAN,THE MAHABHARATA,THE BHAGWAT GITA but also involves the rich ideology like BUDDHISM,JAINISM which has its own perspective towards life. It shows the path to people how to live a better life .

According to my own viewpoint, Indian Mythology has three milestone scriptures that tells us such things-:
1-THE RAMAYANA-what to do in life (The Amar Chitra Katha)
2-THE MAHABHARATA-what not to do in life
3-THE BHAGWAT  GITA-how to lead a better life

So, if one can go through the Indian Mythology properly he can get a peaceful and happy life.

Indian Mythology contains 33 crores of Gods in which we almost worship everyone like Tridev, all Goddesses, other Gods like Indra, Chandra, Ganesh, Kartikeya, Ganga; which are the sons or devotees of trimurti.
We also worship the nature, natural things like trees, water, sky, sun, wind, fire etc. along with the Avatars of Gods to save mankind and Earth (Dharti Maa) from crueldom of demons and to spread a spiritual and friendly surrounding to the people.
In which they can  live a happy and peaceful life. As the Tridev are the life of Indian Mythology, we should know about them at first.
Tridev in Hinduism, is a triad of three Gods as-:

In Indian mythology they are the baseline of everything, from a small thing on earth to the whole cosmic system.

Fun fact → To create spiritual consciousness among the children from which they can be able to bound and spread our culture, rich mythology throughout their life , some languages of India started with letters like :

Lord Brahma is considered  as the creator of the entire universe along with himself. According to Hindu mythology, Brahma created himself in the golden egg (Hiranya Garbha) and then he created the universe, earth, creatures and everything that we see on it.

Brahma is a the God with four heads that refers to 4 yugas and his weapon is Brahmastra (that may be Nuclear or atom bomb in modern age) and he also appears with Japamala and Kamandalu in hand during each span of time during meditation.

But unfortunately Brahma is not so popular god in mankind and his honor is dwindled by the glorious stories of Lord Vishnu and Lord Shiva.

Lord Brahma’s spouse name is Mata Saraswati who is worshipped as the ‘Ganga of knowledge’. Only few temples are there in India that is dedicated to Lord Brahma and amongst all Puskar Temple in Rajasthan is the oldest one.

👉FULL STORIES BEHIND OF EVERY JYOTIRLINGAS In India

👉 Dashavatara List – 10 Avatars of Lord Vishnu  [One By One]

In the above post their are sponsored links. It clearly says that if you buy anything, I will get some amount of commission (no extra cost to you). For more, visit my disclaimer page.