Malala Yousafzai is the face of bravery and peace in both Pakistan and all over the world. Malala Yousafzai is one of the bravest person who has raised her voice for peace and education for girls.
She is Pakistani activist for female education and youngest Nobel prize laureate FOR peace. She born on 12th July 1997, Mingora, Pakistan. She is the daughter of Tor Pekai Yousafzai and Ziauddin Yousafzai.

THE STORY OF MALALA

In many countries like India, Pakistan birth of a baby girl is like a curse. Birth of baby girls are not celebrated. Most of the people are against of female education. Ziauddin Yousafzai father of Malala always support the female education . Ziauddin Yousafzai founded a school in the Swat valley, Pakistan, where girls and boys are educated together. 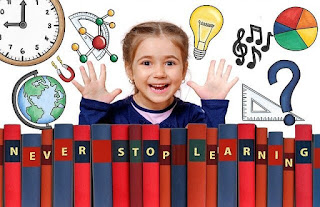 WHY DID TALIBAN SHOOT MALALA?

Taliban hinges  swat valley  from 2007 to 2009.Due to the fear of Taliban’s the girls of swat valley stopped to go to school. At that time  Malala was on 8th class. Malala’s  journey from a normal girl to female education activist started  during this time .
Malala stood for girls and said females also have the rights to education. At that time Taliban closed 400 schools of swat valley. In 2008, Taliban got full control on swat valley. Taliban banned dance and beauty parlors out there.
In 2008 almost 400 schools were closed in swat valley due to Taliban. But Malala didn’t afraid of that and stood for the Rights of the girls. Taliban were against of Malala because she was working for the study of female out there. On 9th October 2012 , a Taliban GUNMAN came to Malala.
Malala was in her school bus and talking about homework or something with her friend. She was returning from school to home. At that time Malala was with friends. The GUNMAN asked “which one of you is Malala”?
The Taliban gunman shot Yousafzai as she rode home on a bus. She was 15 years old at that time. She was shot three times. Malala survived form a Taliban bullet that shattered her skull’s thinnest bone, driving fragments into her brain.
But one day later, as she lay in a medically induced coma in  Peshawar, Pakistan. After that Malala was being treated at QUEEN ELIZABETH hospital(QEHB), UK. After being transferred  following the attack in October.

Here we will find that 12 inspiring Malala Yousafzai quotes.“Let us pick up our books and our pens, they are the most powerful weapons.”

“When someone takes away your pens you realized quite how important education is. “

“ONE child ,ONE teacher, ONE book ,ONE pen can change the world “
“The Taliban could take our pens and books, but the couldn’t stop our minds from thinking.”

“Extremist have shown what frightens them : A girl with a book.”

“Education is neither Eastern or Western. Education is education and it’s the  right of every human being.”

“If one man can destroy everything ,why can’t one girl change it?”
“I tell my story ,not because it is unique ,but because it is not .It is the story of many girls.”
“No struggle can ever succeed without women participating side by side with men. There are two powers in the world; one is the sword and the other is the pen. There is a third power stronger than both, that of women.”

“When the whole world is silent even one voice becomes powerful.”
“If people were silent nothing would change.”
“We were scared ,but our fear as not as strong as our courage.”
“Don’t be afraid -if you are afraid you can not move forward.”
Post Views: 2