Rabindranath Tagore is also known in his poetic name Bhanu Singha Thakur. Gurudev, Kabiguru  and Biswakabi were his sobriquets. He was a great Bengali poet.

He was also known for his finest contribution and dedication in the field of literature and as a writer, music composer and a painter from the Indian subcontinent. He was also a true freedom fighter. 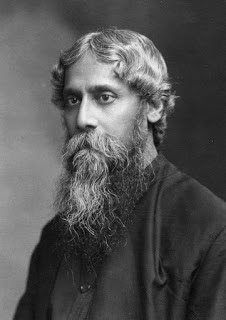 Rabindranath Tagore was born on 7th May 1861 in Jorasanko in Calcutta. Tagore’s nickname was “RABI”. Debendranath Tagore(1817-1905) and Sarada Devi(1830-1875) was his father and mother respectively.

His pen name was Bhanu Singha Thakur (Bhonita).With his pen he was a DYNAMO to create sparkles on the page. He was not only expands the Indian and Bengali literature but also spreaded its particles in the air of the world. His family belongs to Rarhi Brahmins.

He belongs to one of most richest family in Bengal. His grandfather was a great businessman at that time.

His family thought him a strict rule that wake up from bed before sunrise and go to bed early in night. Tagore’s brother and sisters were also highly intelligent. As  he was born in an extremely talented family origin he also followed the same path.
Dwijendranath Tagore was his oldest brother. Satyendranath Tagore who was first achiever Indian Civil Service (ICS).He was also his brother. He became the first ICS officers in 1863.

Satyendranath Tagore was also an author, song composer and he made a significant contribution towards the emancipation of woman in India society during the British Raj. He was also a great mathematician.

Rabindranath Tagore’s another brother Jyotindra Nath Tagore was a musician ,composer and also a play writer. His sister Swarnakumari was the First woman who started journals and editors.
She was also the first female writer in Bengal. Genetically she was a poet, novelist, musician and social worker from the Indian subcontinent.
In his boyhood ,he accompanied his father to Santiniketan (Bolpur).Then they spent a month in Amritsar and then in The Himalayas. Tagore totally avoided classroom studies and his brother Hemendranath Tagore helped him in his studies.

His brother made him swim by the Ganges and trek through the hills, by gymnastics and by practicing judo and wrestling he made Rabindranath Tagore physically conditioned.
He learned drawing, geography, history, anatomy, literature. This subjects were his favorites. He had lack of interest in the subjects of Mathematics, Sanskrit and English.

Debendranath Tagore always wanted his son to be a Barrister .Tagore enrolled at a public school in Brington, East Sussex, England in 1878.In 1880 he returned to Bengal without completing his study. In Bengal he Publish and promote himself by many Poetic works.

In the year of 16 he wrote his first story “BHIKHARINI”. On 25th February  1875,in the Amrita Bazar Patrika  Tagore’s first poem was Published”. Bharati” was a monthly magazine published by his brother Dwijendranath Tagore.

He put his thinking, Ideology and philosophy for this. In 1878,he accompanied his elder brother Satyendranath in England. There he had a opportunity of studying English literature under the guidance of Prof. Henry Morley.

He also took some lessons in western music. Tagore believes that music heals the pain. In the same year ,After returning from England to India he wrote to verse play entitled “VALMIKI PRATIBHA” and “KAAL MRIGAYA” in Bengali.

In both of his plays he played the leading roles. “RUDRA CHAKRA“. A  collection of poems entitled “SANDHYA SANGEET” which is famous creation. It was published in the year of 1882.

From there they also visited to France and Italy. In that same year Tagore began managing his vast ancestral estates in SHELAIDAH(presently in Bangladesh).
In 1891 he started a Bengali monthly magazine named “SADHANA”. That precious time, which he spent in Shelaidaha was one of the deepest and most joyous communion of his life with nature. He mostly lived in his boat named “Padma”.

“CHITRANGADA” a very famous verse play of Tagore was written during his stay in Shelaidaha.

Tagore was a real country man .He was against the partition of Bengal (1905) by Lord Curzon. In those days Plague was spread different parts of the country.

He also Shaw the exploitation of Britishers towards the  poor farmers. Britishers were very cruel towards them. He tried his best to make sure that arrangements to help the sufferers will reach by everyone.

WHY SANTINIKETAN IS FAMOUS ?

His vision was to provide such a pure educational space for young pioneers that would connect with the nature. His vision was come true carrying the name of “Visva-Bharati University.”

He started traditional school in which traditional Indian methods were imposed. Later he needed funds .Hence he sold the copyrights of his books one of his ancestral house and his wife sold her wedding ornaments to support him.

He also merged his Nobel prize money into this. Rabindranath’s eldest brother, spent the last 20 years of his life at Santiniketan. Because Santiniketan was a very familiar place Tagores.

In those saddest years of him he wrote a series of poems “SMARAN” and dedicate this poems to his beloved wife’s memory “Mrinalini Devi”. In the year of 1903 he wrote “Chokher Bali” and “Gora” in the year of 1906.These two novels were revolutionary creations of Rabindranath Tagore. He become a serious novelist in those period of time.
In 1908 ,Rabindranath Tagore was elected president of the Provincial political conference held in Pabna. In this crucial period of time he delivered massive speeches ,laid stress upon Hindu Muslim unity, rural uplift.

He stress upon the subject on education in villages and cleanliness. Because he believes that ,when your body is clean ,your mind will be clean and vision of future will be the cleanest. Song “JANA GANA MANA “was sung on 26th annual session of the INC in CALCUTTA.

In London , W.B Yeats read translations of Rabindranath Tagore‘s poem to the renowned English poets, editors and critics, In September 1913 ,he came back to India .

On the 13th November the news of his winning Nobel prize for literature reach India .He won Nobel prize for “GITANJALI”(song  offerings).This was the first book of English translation of his poems. Gitanjali was a collection of hundred and three(103) poems.
The westerners considered his work to be the best literary production of the year in the world. In India ,the Calcutta  universities honored him by giving the degree of Doctor in literature.

On 3rd June 1915 ,“KNIGHTHOOD” was conferred on him. On 6th march Gandhiji visited to Santiniketan and got the chance to meet Rabindranath Tagore for the first time. 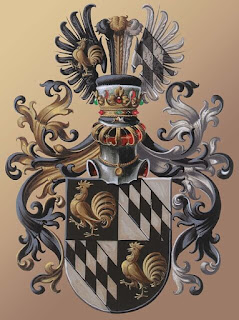 In 13th April 1919 ,the Jallianwala bagh massacre ,Amritsar became the scene of Bloodshed. To protest Britishers in India for this inhumane activity ,he gave away the “KNIGHTHOOD” title.

He again went for touring and his voyage back in India in July 1921.He was not a participant in non cooperation movement.
He also met Albert Einstein. Tagore set foot in more than thirty countries of five continents. In his old age he was busy in collecting funds for Visva Bharati. Gandhiji felt very bad for him.

He was collecting funds for university by dancing ,musical performances. So, Gandhiji requested one of his admires to donate a sum of 60000 rupees for Visva Bharati university.
On 7th August 1940 ,Sir Maurice Gwyer, chief justice of India had a proud privilege as the representation of the university of oxford  to come to Shantiniketan and confer on Rabindranath an OXFORD DOCTORATE.

He admire Buddhism, Jainism Vedas and Upanishads very much. Tagore feel the presence of God behind all the experiences. That’s why his poems revels devotional mysticism as well as nature mysticism. He always mention God in his poems.
To him ,DEATH was not a calamity but a perfection. He also found that everything was in a state of flux but tending to reach the same on goal that is God.