BABUR : THE CREATER OF THE EPIC  MUGHAL DYNASTY 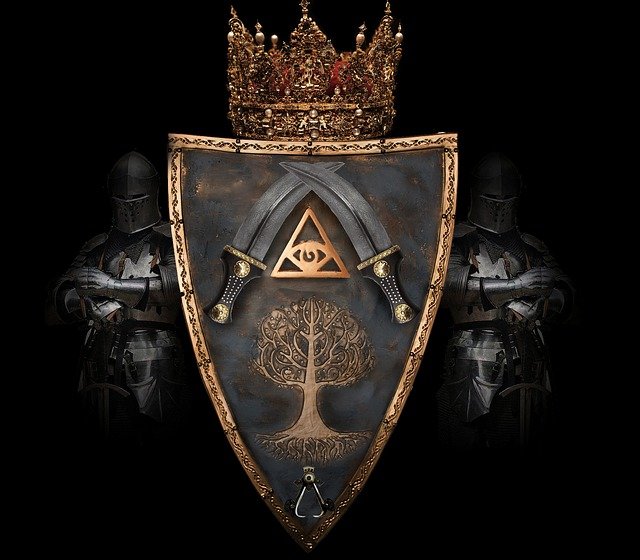 BABUR is a great name in the Indian history by Whom the foundation of great MUGHAL empire was taken. He was a fearless fighter and a great soldier who won his fellows hearts as well as his tenants.
Full name – Zahir-ud-din-muhammad
Born-at Uzbekistan on 14th FEBRUARY 1483.

He was the descendant of Timur and Genghis Khan through his father and mother respectively.
FATHER : Umar Sheikh Mirza(Who was the Amir of Fergana Valley)
MOTHER : Qutlugh Nigar Khanum
He belongs to Sunni Islam.

BABUR was born in Andijan in the Fergana Valley and he was the eldest son of father. At the age of twelve he accepted the THRONE of Fergana in its capital AKHSI KENT IN 1494 and faced rebellion conquered samarkand two years later, only to lose fargana soon after. Then he tried to reconquer Fargana.

Then he lost control over Samarkand. In the year of 1501 ,in his attempt to recapture both the regions failed when Muhammad Shaybani Khan defeated him. After that in 1504 he got the rule over Kabul and formed a partnership with the Safavid Ruler Ismail I, and reconquered part of Turkistan including Samarkand, and only few times later he again lose it.

He was shattered after the loss of Samarkand for third time ,BABUR turned his destination to India. At that two major ruling parties were spread over India.
Major ruling power of India were divided by Gangetic plain was ruled by IBRAHIM LODI: Lodi dynasty , on the the other hand RAJPUTAN was ruled by a HINDU RAJPUT confidence led by RANA SANGHA of Mewar.
His aim was to only expand his role to Punjab, mainly to fulfill the legacy of his ancestors TIMUR, as it was a part of his empire.
LODI dynasty mainly Ibrahim Lodi ,was not good enough to the people of his kingdom and there were many defects. So, BABUR  receives invitation from DAULAT KHAN LODI, Governor of Punjab and ALA-UD-DIN was uncle of Ibrahim Lodi ,claiming himself the rightful heir to the THRONE ,but the ambassador was detained at Lahore and released months later .

After that he went for Lahore in 1524 but found that Daulat Khan Lodi had been driven out by forces of Ibrahim Lodi. Then the army of Lodi  dynasty lasted all the path of BABUR  so they marched to DIBALPUR ,placing ALAM KHAN, another rebel uncle of LODI as governor.

Alam Khan was quickly overthrown and fled to KABUL. In response, BABUR  supplied Alam Khan with troops who later joined up with DAULAT KHAN LODI and together with about 30,000 troops, they besieged IBRAHIM LODI at Delhi . But he easily defeated at that place and realized LODI would not allow him to occupy the PUNJAB. 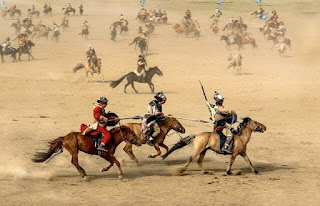 The first battle of PANIPATH that was the beginning of the Mughal empire to become one of the greatest dynasty in India took step forward against the rivalry of Lodi dynasty and BABUR .
That battle was fought on 20th APRIL 1526 at Panipat involved the MONGOLIAN  incursion of HINDUSTAN carried out by ZAHIR-UD-DIN-BANUR against the last empire of the Delhi Sultanate
The LODI dynasty we can say that , it was not a sudden development of the battle but was the culmination of struggle  between the two which had started earlier. In this battle the GUNPOWDER FIREARMS and failed artillery were used for the first time  in the battlefield .

In this battle IBRAHIM LODI brought  10,00,000 soldier and 100 elephants according to some books it is also known that the day before the battle all the soldiers of BABUR were frightened too much to see the huge amount of the ARMY of LODI  DYNASTY .

But BABUR  ,with his heavy encourages speech make them so powerful mentally that, the army of BABUR defeated the army of IBRAHIM LODHI .

Which was more than 3 times of greater of his army , Also their techniques and creative plans help them almighty . At last IBRAHIM LODHI died during the battle, and this was the end of Lodi Dynasty.
Come over, after the battle, BABUR occupied Delhi Sultanate and AGRA, took the throne of Lodi, and laid the strong foundation of the SUPREME MUGHAL  rule in India.

The battle of khanwa was fought on 16th March 1527, near the village of khanwa, in Bharatpur, Rajasthan.
It was fought between the Mughal emperor BABUR and the Rajput forces lead by RANA SANGA of Mewar .In this battle ,canons and GUN of BABUR wreaked havoc in the opposition camp. The Rajputs under Rana Sanga were defeated and BABUR became the undisputed ruler of INDIA .

Rana Sanga wanted to take revenge of his defeat after time his it was said his nobles didn’t want to take risk. In this battle the power of Rajputs and AFGHANS was almost crippled and the power of Mughals.

The battle of Chanderi was fought between MEDINI RAI, a key ally of RANA SANGA,and BABUR in 1528. BABUR offered “shamshabad” to Medini Rai in exchange for Chanderi as a peace overture, but the offer was rejected by Rai .

As a result the brave Rajput defense ,the battle was over with a day of Mughal attack, with the fort falling within an hour. After the defeat of Medini Rai’s women and Children of his for fort committed “JAUHAR” and rest soldiers committed suicide by slaying each other.
After the war was done, BABUR ordered the tower of skulls on order to mark his  VICTORY inspired form the Legacy of tyrannical Timur.

So, Babur’s apparently ghastly action of using skulls of the brave, honorable Rajputs to build a victory monuments characterized him as a monster and an invader who didn’t believe in honoring the dead.

The battle of Ghargara that was fought in 1529 was the last major battle for the conquest of India by the Mughal empire .It followed the first battle of Panipat in 1526 and the battle of Khanwa in 1527 .

The forces of new emperor  ZAHIR-UD-DIN-BABUR MUHAMMAD of the emerging Mughal empire were joined by India allies in battle against the eastern Afghan confederation under Sultan Muhammad Lodi and kingdom of Bengal under king Nusrat Shah.
Sultan Muhammad Lodi, who aspired to the throne of Delhi and who has been declared the rightful heir to the Delhi Sultanate by the western Afghan at the battle of KHANWA in 1527.

He took refuge in Gujarat .After trying to get in touch with his kinsmen in the east he managed to join them .He at the head of the eastern Afghan confederates took BIHAR.

In the autumn of 1530,BABUR fell ill. His brother-in-law conspired with some of the Mughal court nobles to seize the throne after Babur’s death ,by passing HUMAYUN ,Babur’s eldest son and appointed heir.

On 26th December 1530 ,Babur died at the age of 47 .Babur lived a difficult life ,always battling to make a place for himself. In the end ,however ,he planted the seed for one of the world’s great empires. Babur was a devotee of poetry. His descendants would raise all kind of arts to their apogee during their long reign.
Post Views: 7