Nature is the biggest meditation to peace our heart and soul. But some of the most peaceful places are not made by the nature. The amazing works of art and architecture known as the 7 WONDERS of the Ancient worlds serve as a testament ingenuity ,imagination and sheer hard work of which human beings are capable.

1.THE GREAT WALL OF CHINA :

The Great wall of china ranks in first position in the seven wonders of the world. It is the human made wall which can be seen from the space. It is the collective name of a series of fortification systems generally built across the historical northern borders of China. 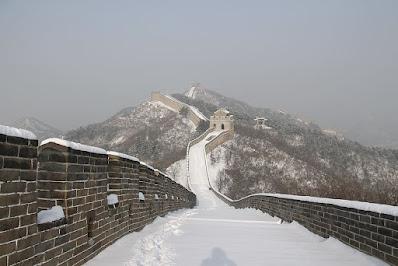 CHRIST The REDEEMER is an art Deco status of Jesus Christ in Rio De Janeiro, Brazil ,created by French sculptor  Paul Landowska and built by Brazilian engineer Heitor Da Silva Costa, in collaboration with French engineer Albert Caquot. Romanian sculptor Gheorghe Leonida fashioned the face. The height of this statue is 38 m and construct  started in 4th April 1922 ends in 1931. 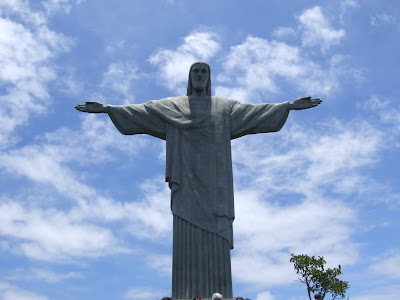 This statue is a symbol of CHRISTIANITY across the world ,the statue has also become a culture icon of both RIO De Janeiro and Brazil ,and is listed as one of the 7 wonders of the world.

MACHU PICHHU is the 15th century Inca Citadel ,located in the Eastern Cordillera of SOUTHERN PERU. MACHU PICHHU set high in the ANDES mountains in Peru, above the Vrubamba river valley. More than 7000 feet above sea level in the Andes mountains, MACHU PICHHU is the most visited tourist destination in Peru. A symbol of the Incan Empire and built around 1450 AD. 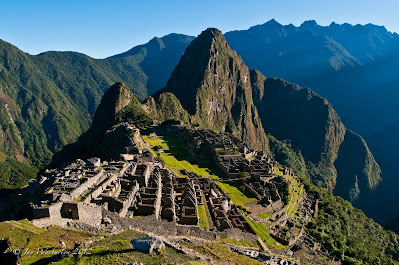 MACHU PICHHU was designed a UNESCO world heritage site in 1983 and was named one of the 7 wonders in the world, in the year of 2007. MACHU PICHHU  a citadel of cut stone fit together without mortar so tightly that its cracks still can not be penetrated by a knife blade.

CHICHEN ITZA was a large  pre Columbian city built by the MAYA people of the Terminal classic period. It is located in YUCATAN,MEXICO.CHICHEN ITZA is a complex of Mayan ruins on Mexico Yucatan peninsula. A massive step pyramid known as EI Castillo.
It is also kukulcan, dominates the ancient city ,which thrived from around 600 AD to the 1200 AD. The graphic stone carvings of CHICHEN ITZA looks as the structure of the ball court, temple of the warriors and the wall of skull. 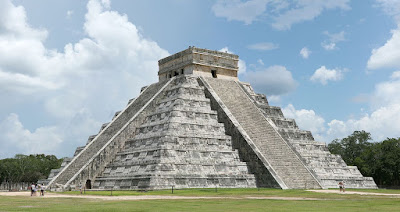 CHICHEN ITZA was founded by Maya ,an ancient people native  to the Yucatan Peninsula. Scientist also have founded a second pyramid hidden deep in the kukulcan pyramid at the Mayan ruins of CHICHEN ITZA in Mexico.

The Roman Colosseum or coliseum is known as the Flavian Amphitheater ,is an oval amphitheater  in the center of the city of Rome, Italy. It is build of travertine limestone, tuff and brick faced concrete. It was the largest amphitheater ever built at that time and held 50000 – 80000 spectators. 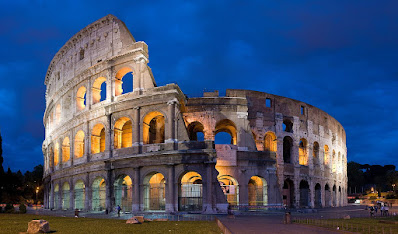 The construction was started in 70 AD and architect was Vespasian. The height of Roman Colosseum is 48 m. The Colosseum was used for gladiatorial contests and public spectacles such as animal hunt, mock sea battles, re-enactments of famous battles and dramas. The Colosseum was the Emperor to the Romans.
It had become a symbol of power majesty of the emperor ,Rome and Roman society. For this important reasons it comes into the 7 wonders of the world.

Taj mahal ,an immense mausoleum of white marble having marvelous art built in Agra, Uttar Pradesh. In between years of 1631-1648.It was made by the order of the Mughal Emperor Shah jahan in memory of his favorite Wife Mumtaz, who died during her child birth.
It houses of Tomb of both Mumtaz and Shahjahan. The height of Taj Mahal is 73 m. The Taj Mahal is also known as “Crown of palaces”. The Taj Mahal is on the southern bank of the river Yamuna. 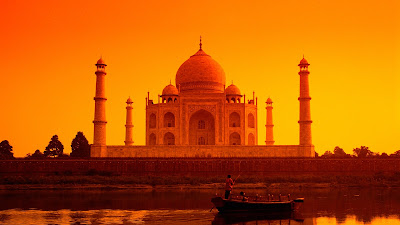 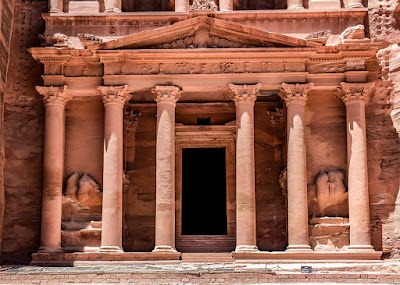 Petra is famous for its Rock-cut architecture and water water conduit system. PETRA is also famous and originally known for its inhabitants as Raqmu. Petra’s location is in Ma’am Governorate ,Jordan .

Petra is also called the “Rose city” because of the color of the stone from which it is craved .

It has been a UNESCO World Heritage Site since 1985.Petra is also known by the symbol of Jordan ,as well as it is the most visited tourist attraction of Jordan. Petra was built by Nabateans.
Also Read :

👀WHAT IS INDIAN MYTHOLOGY ?