WHAT IS THE MEANING OF GEOGRAPHY:

Some of us know what is the term geography shortly. Before analyzing anything about what is the meaning of geography we should get a basic idea about “what is geography”
When the history term refers to -“to be when” like -when did this happen. Likewise the term geography refers to be “where”. Suppose you want to know- where are you? or where are you on the earth? so, your location simply detected by your geographical situation. Whether it is on north or south America or in India.
so, simply Geography means 360′ study of EARTH. When we learn anything about physical status (different landforms, deltas, mountains etc.)called as geography. They are the geographical structures.
It is also called as scientific prediction and emphasis on the discovery of general “LAW’s”. Geographical study always provides laws, status, information according to the scientific prediction. so, now we have an idea what is the meaning of geography.

WHO COINED THE TERM GEOGRAPHY:

The term of geography was firstly used in GREEK by a person ,who lived in CYRENE. He was chief librarian in the library of “ALEXANDRIA”. He was ERATOSTHENES. He is called as father of geography. He was born on 276-194 BC. 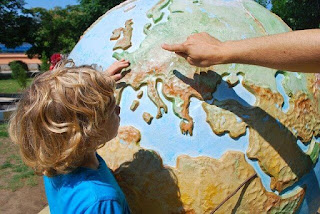 WHY IT IS CALLED “GEOGRAPHY”-

In this paragraph we are going to discuss about why the study of earth is called geography. Now we are going to tell you about what is the meaning of geography.SO the term geography derived from two GREEK words “GEO words meaning is -EARTH “and GRAPHY means -to describe about earth.

in my point of view geography means -something was written down after the regular analysis.
Also in GREEK language GAEA-means “earth” OGRAPHY-literally means to write down something.

Types of Geography and simple classification of it:

It is a very vast content to describe vividly in one section. So we have to study in different parts. So here I tell you types of Geography and simple classification. Geography divided into 2 parts.
1-PHYSICAL GEOGRAPHY(NATURAL GEOGRAPHY)
2-HUMAN GEOGRAPHY(MAN-MADE GEOGRAPHY)
Now we will describe about what physical geography means and its branches.

Physical geography is the study and discovering the new things that the nature already have like mountain ranges, landforms, animals, forests, atmospheric changes and different kinds of habituates.
Physical geography is neatly study about natural things and typical types of it.

As physical geography consists all the natural things it has more than 5 branches to be described.