Humans in THE NEOLITHIC AGE still used stone tools and weapons, but they were starting to enhance their stone tools. The New Stone Age is a time when the Earth’s climate was warmer than the climate of the Old Stone Age.

The Neolithic period began around 12,000 years ago and ended as civilization started to rise around 3500 BCE. The term comes from two words :’neo’ or ‘new’ and ‘lithic’ or ‘stone’. As such this time period is sometimes referred to as the New Stone Age. Neolithic period is significant for its megalithic architecture, the spread of agricultural practices, and the use of polished stone tools.

The following are some characteristics of Neolithic Period.

1-In the Paleolithic period humans largely lived as hunter-gatherers in very small and mobile groups. But in this time period there are some gender differences appeared, like men hunted and women gathered plants, which lasts eventually in today’s life thoughts.

2-In the Neolithic period people cultivates major crops grown that were ragi, horse gram, cotton, rice, wheat and barley. The people of this age domesticated cattle, sheep and goats. They resided in pits near a lake side and had hunting and fishing economy. 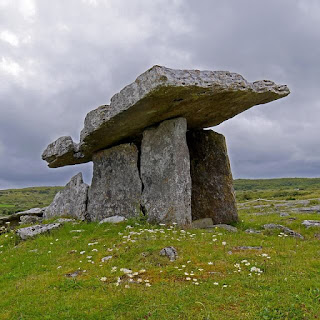 3-The people used monolithic blades in addition to tools made of polished stones as well as bones. They used axes, adzes, chisels and setts. They used stone hoes and digging sticks for digging the ground. The ring stones 1-1/2 kg of weight sticks. They used tools and weapons made of bone.

4-Pottery first appeared in this age and included grey ware, black burnished ware and mat-impressed ware. They were used for storing their food grains as well as to do cooking, arrange for drinking water and eating the finished product.

5-The people of this period lived in circular or rectangular houses which were made from mud and reed. At some places they lived in mud-brick houses.

6-They had common rights over property and led a settled life.

7-Some of the important Neolithic settlements are MEHRGARH(located in Balochistan, PAKISTAN),BURZAHOM(Kashmir) 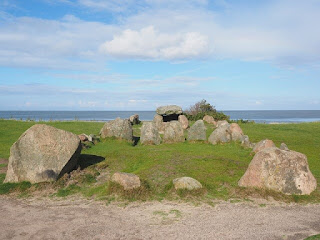 ,GUFKRAL(Kashmir),CHIRAND(Bihar) and UTHER.
Jerf el Ahmar and Tell Abu Hureyra(both in syria) were the major Neolithic sites in ASIA.

8-The Neolithic Age is significant for its megalithic architecture.

9-The Neolithic people inhabited mainly the hilly river valleys, rock shelters and the slopes of the hills since they were entirely depended on weapons and tools made from stone.

10-After all, considerable progress was made in Neolithic Age in terms of technology. The people developed the practices of cultivation, domestication of animals, building houses, pottery, weaving and writing. This revolutionized man’s life and paved the way for the beginning of civilization.

These are the 10 CHARACTERISTICS IN BRIEF OF THE NEOLITHIC PERIOD OR NEW STONE AGE.
I hope that you got the help, what you searched for.
THANKS FOR  reading 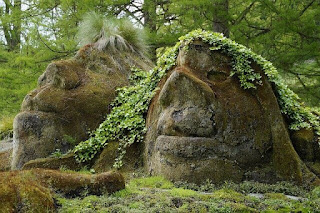